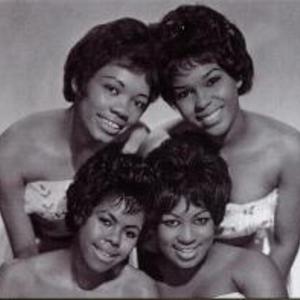 The Shirelles were an influential American girl group in the early 1960s, and they were the very first girl group to have a number one single on the Billboard Hot 100. The members of the quartet were Shirley Owens (who was the lead singer for the most part), Doris Coley, Beverly Lee, and Addie "Micki" Harris. The quartet formed in New Jersey in 1958, and went on to release a string of hits including "Baby It's You", "Mama Said", and the #1 Pop hits "Will You Love Me Tomorrow" and "Soldier Boy.

Their "Sha La La" became an international hit when covered by the British group Manfred Mann, and "Boys" was covered by the Beatles (Ringo Starr singing lead).The Beatles also covered "Baby It's You" on their "Please Please Me" album. Although they had no more charting hits after 1967, the Shirelles continued recording for a small but devoted audience well into the 1970s and continued to tour and perform into the early 1980s. In 1968, Coley left the group to remarry and raise her family, and the group continued as a trio. In 1975, she returned only to replace Owens who departed to begin a solo career. On June 10, 1982, after a live concert in Atlanta, Harris succumbed to a heart attack (age 42); she was replaced by Louie Bethune. Shortly, the group went into semi-retirement, though they did accept an invitation to record backup vocals for Dionne Warwick in the late 1980s. They were inducted into the Rock and Roll Hall of Fame in 1996. On February 4, 2000, Coley lost a battle with breast cancer (age 58). The group was inducted into the Vocal Group Hall of Fame in 2002.

Swing The Most & Hear And Now

Tonights The Night & Sing To Trumpets And Strings

For Collectors Only CD3

For Collectors Only CD2

For Collectors Only CD1

The Very Best Of The Shirelles

Happy And In Love (Vinyl)