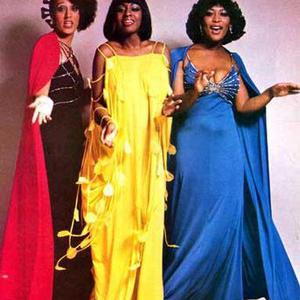 The Ritchie Family is the name of an American vocal group, based in Philadelphia, who achieved many hits from the mid 1970s to the early 1980s. The group was created by Jacques Morali. The group took its name from record producer Ritchie Rome. Through five line up changes, the Ritchie Family recorded nine albums. While they achieved their highest record sales with the original lineup, the third, fourth and fifth line up did well also.

Some of their hits include "Brazil", "African Queens", "Quiet Village", "American Generation", "I Feel Disco Good", "Where Are The Men", "Put Your Feet To The Beat", "Give Me A Break", "I'll Never Be Able To Set You Free", "I'll Do My Best", "Walk With Me" and their final single to date "All Night All Right." After deciding to split, when group owner Jacques Morali discovered he had AIDS, the group continued as Vera Brown and the Rich Girls for one song called "Too Much Too Fast" that crashed completely. Vera Brown has reformed The Ritchie Family, with Dodie Draher and Jacqui Smith-Lee, but without further releases. The Ritchie Family continues to perform the groups' hit songs at Disco and Dance music concerts and fesivials around the world.

Give Me A Break