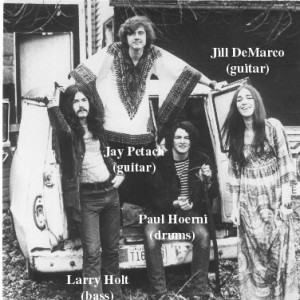 The Oxfords came out of Louisville, Kentucky in 1964, led by drummer Jim Guest while still in highschool. When the rest of the group broke away to form The Rugbys in 1965, Guest brought in members of rival band The Spectres: Jay Petach on guitar and keyboards, Bill Tullis and Danny Marshall on guitars and Bill Turner on bass, and continued as The Oxfords. In 1966, Marshall and Turner were replaced by Ronnie Brooks, and Ray Barrickman on guitar and bass respectively.

In 1966, Marshall and Turner were replaced by Ronnie Brooks, and Ray Barrickman on guitar and bass respectively.

This lineup recorded the excellent song "Time and Place", written by Tullis, Petach and Guest. The A-side was a cover of the Bacharach/David song "There's Always Something There to Remind Me". Buzz Cason produced the record - he also produced The US Four and ran the Rising Sons label. It was originally released on the Our Bag label in December, 1966, and soon picked up for national release by Mala.

That autumn, Barrickman left the band for college. Brooks moved to bass and Tullis took over guitar duties, and this amalgam recorded and released the 1967 single "Sun Flower Sun" on Bell Records, even making an appearance on Dick Clark's American Bandstand (where it scored a 65 on the "Rate the Record" segment, effectively killing it). Brooks left the band later in the year and was replaced by Gary Johnson, who also left after several months to join the post-Soul, Inc. power trio Elysian Field.

Jim Guest left the band in 1968 and Petach reconfigured The Oxfords in a pop vein. With the additions of Donnie Hale on drums, Dill Asher on bass, most notably, Jill Demarco on vocals, The Oxfords released their first and only LP Flying Up Through the Sky in 1970. The band broke-up for good in 1972.

Flying Up Through The Sky (Vinyl)