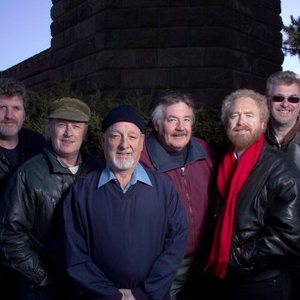 A popular and long-running Canadian-Irish folk group that saw their beginning in the 1960s, The Irish Rovers are particularly well-known for their hit recording of Shel Silverstein's "The Unicorn," although a great many more of their characteristically happy and oft-comical songs remain well-known to this day. In 2010, the band celebrated 45 years as recording artists, with their latest CD, "Gracehill Fair" and filming the DVD/television special "Home in Ireland", shot entirely on-location, throughout the northwest coast of Ireland.

George Millar says, ?It's basically The Irish Rovers ?Coming Home' because this is our home, for all of us. We want to show the world what the northwest Irish coast is like. I've traveled the world now for over 40 years and there's nothing like it.?

In 1968, the predecessor of the Juno's named The Irish Rovers Canada's, ?Folk Group of the Year?, and the following year, they received a Grammy nomination for ?Folk Performance of the Year?.

As hosts of three national television series in Canada and Ireland, through the 1970's and 80s, The Irish Rovers increased the popularity of Irish music by way of the CBC (Canadian Broadcasting Corporation).

Canada's Prime Minister, Pierre Elliott Trudeau, personally asked the band if they could ?please become Canadian? so that they could officially represent Canada throughout the world. Since then, they have represented Canada at no less than five world Expos, and in recognition for a quarter century of contributions to the International music world, The Irish Rovers won the Performing Rights Organization's (PROCAN) 'Harold Moon Award'.

Although all members of the band hail from Ireland, a number of their biggest hits were often "non-Irish". Their own rousing, traditional Irish compositions, however, do comprise the bulk of their music.

By the 90's, their songwriting was even more prolific than their early years, and production of albums wasn't about to slow down. Since they desired the freedom that as a younger band, they could not afford, in '93 The Irish Rovers established their own record company, Rover Records. Their songs tell the story of the Irish, whether it's a lost love, a sailor on leave, or the simple good taste of a Guinness. Rover Records has put out their last eleven albums, including Celtic Collection, Come Fill Up Your Glasses, Down by the Lagan Side, Another Round, Still Rovin', a Christmas album, and their greatest hits, 40 Years A-Rovin'.

Former members include founding member Jimmy Ferguson who passed away in 1997 and Joe Millar.

Songs For The Wee Folk

Still Rovin' After All These Years