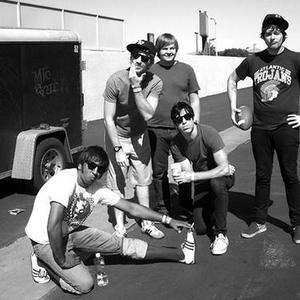 There are many bands called The Girls. In order: 1. A 60's rock group from Los Angeles, California, USA. 2. An art-noise-rock band from Boston, MA from the late 1970s 3. An 80's r&b girl group assembled by Prince associate Andr? Cymone in Minneapolis in 1983 -- Sheila Rankin, Germain Brooks, and Doris Rhodes. 4. A New Wave/power-pop band from Seattle. 5. A three-piece band from Meppel, Holland. 6. An Israeli rock band that sings in English. 7. A Greek Garage band from the sixties.

1. A 60's rock group from Los Angeles, California, USA. They called themselves The Sandoval Sisters and The Moonmaids before ending up as The Girls in 1965 when they signed a recording contract with Capitol Records. The members were sisters. The group was formed of Rosemary (lead guitar), Diane (rhythm guitar), Sylvia (bass), and Margaret (drums and lead vocals). Their first Capitol Records release was the classic "Chico's Girl" which can be found on several compilation releases including "Brill Building Sound" and "Glitter and Gold".


2. An art-noise-rock band from Boston, MA from the late 1970s, perhaps best known for the frenetic song "Jeffrey I Hear You" produced by Pere Ubu frontman David Thomas. Although a reissue of their lone studio release, the Reunion LP, has yet to be made, their live album Live At the Rathskeller 5.17.1979 is still available from the label Abaton Book Company and even listenable this website.

3. An 80's r&b girl group assembled by Prince associate Andr? Cymone in Minneapolis in 1983 -- Sheila Rankin, Germain Brooks, and Doris Rhodes. The Girls signed with Columbia in 1983, and their debut album, Girl Talk, came out the following year. The Girls were dropped by Columbia, and in 1985 the trio broke up

4. A New Wave/power-pop band from Seattle. Their debut (The Girls in 2005) and the follow up Yes, No, Yes, No, Yes, No (2008) were both released on Dirtnap Records. The Girls has at one time or another featured members of the Briefs, Spits, Catheters and Steve E Nix And The Cute Lepers.

5. A four-piece band from Meppel, Holland. In 2007 they have appeared with Razorlight, Ok Go, and Krezip. They also played at the 'Eurosonic Festival 2007. In 2008 they were selected for the TMF Awards, where they played and actually won a TMFAward, wich is very big in the Netherlands. They presented their album at Lowlands, one of the biggest festivals with names like dEUS, The Wombats and so on. At the end of 2009 Bas stated he stops with the band.

6. An Israeli rock band that sings in English. Their first (and only?) album is Talk To The Pervert, released in 2005.

Things Are Getting Weird Tonite