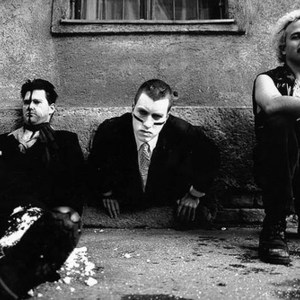 The Flying Luttenbachers were an experimental no wave/punk/free jazz/metal/noise outfit with one constant member: multi-instrumentalist/composer Weasel Walter, who usually played drums in the Luttenbachers. Walters also leads several solo projects, and has played with various other groups (xbxrx, Lake of Dracula, To Live & Shave in LA, and many others). Weasel Walter formed the Flying Luttenbachers in Chicago in 1992 with Chad Organ and one of Walter's idols, famous free jazz musician saxophonist Hal Russell.

In June of that year, Russell would quit and be replaced with Chicago tenor Ken Vandermark. Vandermark quit in 1994, and the Luttenbachers' lineup changed frequently ever since.

In 2003, Weasel Walter moved to the Bay area. Here, he's made connections with the noise bands such as Deerhoof.

The live band ceased performing in November 2006. The Flying Luttenbachers are officially done as of November 2007.

Walter has also gained fame as an expert on no wave music. He has given several public lectures on the topic, including to members of the Yeah Yeah Yeahs.