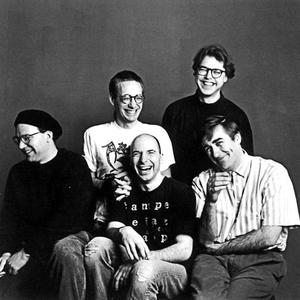 Naked City was an avant-garde music group from New York City, New York, United States led by saxophonist and composer John Zorn, performed from 1988 to 1993. The ensemble was notable for remaining unconfined to any musical category, juxtaposing unrelated styles of music often within individual compositions at breakneck speed. Its music incorporated recognizable elements of jazz, grindcore, surf, classical, thrash, country music, punk rock and other genres. Carl Stalling has been cited as an influence on Zorn and the work of Naked City.

Naked City's eponymous first album was distributed by Elektra Nonesuch and featured a famous Weegee photograph (taken 1943) of a dead gangster on its cover along with macabre illustrations by Maruo Suehiro. There was disagreement between Zorn and the label over cover art on subsequent albums. Zorn wanted to use explicit S&M pictures, images from 19th century medical archives, and execution photographs, most notoriously of a Leng Tch'e victim; Elektra Nonesuch refused. Zorn ended his relationship with Elektra, releasing subsequent Naked City albums on Shimmy Disc and his own Avant and Tzadik labels.

Naked City varied their stylistic approach on later releases. The cover repertoire was expanded to include pieces from various modern classical composers such as Alexander Scriabin, Claude Debussy, Charles Ives and Olivier Messiaen, whose works are featured on the album Grand Guignol. The album Leng T'che featured a single piece, over 31 minutes in length, of gruelingly slow heavy metal. Torture Garden was made up of several "hardcore miniatures," and Absinthe was ambient and noise textures.

Naked City found perhaps their greatest following among the fans of the many death metal, metal and grindcore bands with which they performed, such as Blind Idiot God, Napalm Death, Carcass and Live Skull. The appearance of "Osaka Bondage" - taken from the album Torture Garden - on the Earache sampler Grindcrusher 2: The Ultimate Earache helped this to some extent.

Zorn discontinued Naked City after Absinthe in 1993 when he felt "... the need to write music for other ensembles, in other contexts, with new ideas." A brief reunion occurred in 2003 for a few shows at European jazz festivals.