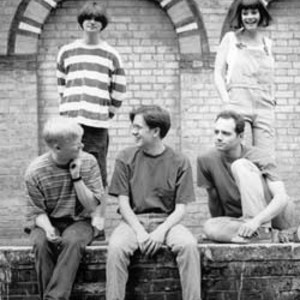 The Field Mice were a twee pop/indie pop group which formed in 1987 in London, England. Along with Heavenly, they were the most popular group on the legendary and influential sarah records label. The band originally consisted of Bobby Wratten (vocals, guitar) and Michael Hiscock (bass), but for most of their lifespan also included Harvey Williams (guitar), Annemari Davis (keyboards), and Mark Dobson (drums).

The band originally consisted of Bobby Wratten (vocals, guitar) and Michael Hiscock (bass), but for most of their lifespan also included Harvey Williams (guitar), Annemari Davis (keyboards), and Mark Dobson (drums). The band split up in 1991 after an unctuous tour to promote the For Keeps album, during which lead singer/guitarist Bobby Wratten announced he was leaving. He then, along with Davis and Dobson, formed Northern Picture Library. In 1995, Wratten founded Trembling Blue Stars.

Their first EP, Emma's House was released in late 1988, but it was with their 2nd single Sensitive that they first received significant critical attention with a subsequent placing in John Peel's 1989 Festive 50.

Over a three year career the band were often dogged with the reputation of having a post c86 indie pop or generic Sarah Records sound despite producing tracks with numerous styles and influences. Early singles and even their sleeves harked back to early factory records bands such as New Order and The Wake, with many tracks often featuring sequencers and samples. Many of the group's recordings, notably Triangle and their epic seven-minute swan song, Missing the Moon, displayed a strong influence from the popular dance music of the time. Most of the group's records were produced by Ian Catt, who later went on to perfect the pop dance sound of Missing the Moon with Saint Etienne and many other British bands of the early to mid 1990s.

A double-album compilation of the long-deleted Field Mice releases, Where'd You Learn to Kiss That Way?, was released in 1998 on the Shinkansen label and sold more copies than any Field Mice record ever sold at the time. Their entire back catalogue was reissued on CD for the first time by LTM Records in 2005.

Where'd You Learn To Kiss That Way?