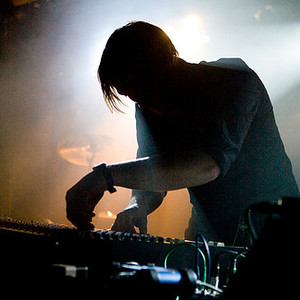 Multiple artists have released music under the name of The Field, the most widely known being Swedish minimal techno producer Axel Willner. Others include a British rock band and a Norwegian pop/jazz band. 1. Stockholm, Sweden The Field is the minimal techno project of Axel Willner from Stockholm, Sweden. Since 2005, he has released three full-length albums, in addition to a handful of 12-inch singles and EPs, primarily through influential German label Kompakt.

1. Stockholm, Sweden
The Field is the minimal techno project of Axel Willner from Stockholm, Sweden. Since 2005, he has released three full-length albums, in addition to a handful of 12-inch singles and EPs, primarily through influential German label Kompakt. His unique, mesmerizing blend of ambient, trance, and techno is focused on repetition, while incorporating microsamples of pop songs from artists like The Four Tops, Lionel Richie, and Kate Bush.

Willner had previously released music under various names (Lars Blek, James Larsson, porte, Cordouan, etc) through his own Garmonbozia label. In 2005, he debuted as The Field with the 12-inch single "Things Keep Falling Down" on Kompakt, who signed him after he submitted a demo featuring a remix of Annie's "Heartbeat." The 2006 release of 12-inch Sun & Ice, in addition to remixes for 120 Days and James Figurine, added to the growing anticipation for a full-length debut.

In March of 2007, his first LP for Kompakt, From Here We Go Sublime, received acclaim from publications like Pitchfork, Stylus, Dusted, and NME. According to Metacritic, it was the best-reviewed album of the year. Resident Advisor eventually placed it 29th on their list of the decade's best records. Also in 2007 Willner was recruited by Stockholm's Nordic Light Hotel to record a four-track EP for their Sound of Light project. Remixes of artists ranging from Battles to Thom Yorke to Gui Boratto reinforced his status as a front runner of the minimal techno scene.

After worldwide touring in support of Sublime, Willner expanded his solo laptop performance to incorporate a backing band of a bassist and a drummer. He used this new-found approach to songwriting on his sophomore record Yesterday and Today, which was released in May of 2009 via Kompakt. The album, featuring contributions by Battles drummer John Stanier, drew more influence from ambient music and 70's krautrock, resulting in a much more organic record. Accompanying releases included a 12-inch single taken from the record ("The More That I Do," with remixes by Foals and Thomas Fehlmann), as well as a remix album featuring contributions from Walls, Gold Panda, and Rainbow Arabia.

2. Sheffield, England
The Field is "four boys, born and bred in the City of Steel, with a passion for music and a desire to perform," comprised of Adam (vocals), Russ (bass), Alex (guitar), and Benji (drums).

3. Baerum, Oslo, Norway
The Field is a Norwegian pop/jazz band consisting of Carl Frederik Kontny (guitar), Sigrid Z. Gundersen (vocals), and Jakob E. Myhre (piano), "three good friends who share the same idea of what music is all about."

From Here We Go To Sublime