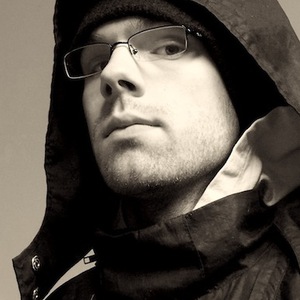 Born April 4th 1986 in Kitchener, Ontario, Canada, Jesse has been exposed to music and the arts throughout his childhood. He has always experimented with various instruments including guitar, piano and percussion. He was exposed to music at an early age, his father enjoyed listening to the music of Jean Michel Jarre, Tangerine Dream, Vangelis and other new age composers while Jesse enjoyed the new sounds, melodies and rhythms he was hearing.

This combination of early musical experimentation and exposure to emotional music rooted itself in Jesse's mind and would later appear as he found electronic dance music.

Jesse discovered electronic dance music in the mid 1990's listening to the radio. Although this commercial dance was no where near Jesse's current taste in music, it was a beginning which would eventually lead Jesse to DJing and production. Jesse began experimenting with electronic production in the late 1990s. Although it was nothing serious, it did help feed his sense of rhythm which would continue to grow. He also took piano lessons for approximately half of a year but later quit because he felt he needed to learn on his own.

In 2000, Jesse gained his first set of turntables and began buying techno records he had heard on online radio shows in the late 1990's. He played hard techno for a couple of years but his earlier musical preferences lead him to produce and play minimal. With these many years of experimentation, Jesse's music has caught the ears of many with his emotional, psychedelic and moving minimal tracks and long, epic DJ sets full of energy and emotion.

Jesse currently hosts an online radio show at livesets.com where he plays two hour sets of finely fitted minimal and deep tech house. He is dedicated to creating a moving experience where tracks are not just heard, but are felt. This is also how he feels about producing. Jesse feels his music should not only be enjoyed by listening but also enjoyed by feeling. He wants his music to dig deep into the listeners' emotions and create a sensual experience. Jesse does this by creating epic, layered tracks full of well crafted rhythm woven with finely knit melody.

A Catch In The Voice CD2

A Catch In The Voice CD1

Of Ancestral Infernos And Lysergic Embers (Lost Tales Of '03'04)

A Closing Out Of The Sky (Vinyl)