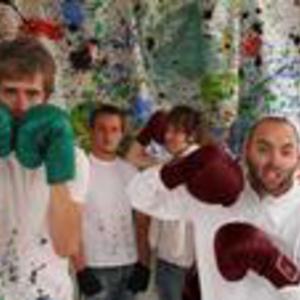 In the gaps between high school and college semesters, brothers Ryan and Hays Holladay began a project for no one in particular. From their earliest years growing up in Virginia, collaboration was an intrinsic part of their relationship, from taking out the trash to walking the dog. But by the turn of the millennium, their collaboration had become musical and manifested itself in the form of their first CD release.

he two had been writing songs together since learning to passably play their instruments years earlier (Ryan started with piano lessons around the time he was learning multiplication tables and Hays picked up the guitar a few years later). The Epoch's have since moved back to Brooklyn and are working on a record that they will self-release in the coming months.