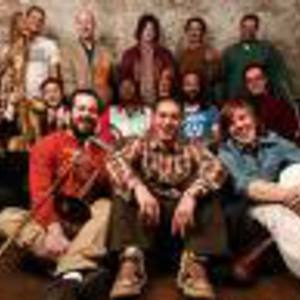 Antibalas (pronounced /?nti?b?l?s/, or approximately "ahn-tee-BAH-las", from the Spanish for "bulletproof") is a Bushwick, Brooklyn based afrobeat band that is modeled after Fela Kuti's Africa 70 band and Eddie Palmieri's Harlem River Drive Orchestra. Although their music is primarily afrobeat, it incorporates elements of jazz, funk, dub, improvised music, and traditional drumming from Cuba and West Africa.

Founded 1998 by Mart?n Perna as "Conjunto Antibalas," the group played its inaugural concert in May 26, 1998 at St. Nicks Pub in Harlem at a night organized by artist Xaviera Simmons. Over the course of the next few months, the group solidified with a core of eleven band members and began to develop a repertoire of original songs. Guitarist and producer/engineer Gabriel Roth wrote several of the earlier tunes and oversaw recording and production of the first three records.

Over the next few years, the band's presence grew; by summer 2000 Antibalas had released their first album "Liberation Afrobeat Vol. 1" and had toured twice in England, all the while continuing to play at venues throughout New York City. Recording with the group in the early day was Cameroonian drummer Jojo Kuo who can be heard on the studio recordings of "Uprising" and "Machete."

By early 2002, the horn-driven outfit had released their second album, "Talkatif," and were continuing to tour throughout the United States. In summer 2004, their third studio album, "Who is This America?" was released. Antibalas' most recent album, "Security", was produced by John McEntire and released on the ANTI- label in 2007.

Where The Gods Are In Peace

Who Is This America?