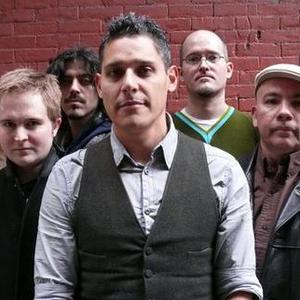 Also known as Kokolo Afrobeat Orchestra, is an American Afrobeat band from the Lower East Side of New York City, formed in 2001 by songwriter/producer Ray Lugo. Along with The Daktaris and Antibalas, they form part of the early New York Afrobeat scene that ignited the genre's current global revival. ==Name Origin== The band's name, (pronounced koh?koh?loh), was taken from a 1970's term used in Spanish Harlem and parts of the Caribbean, often as a pejorative, to describe Latinos of African descent who were fans of Afro music.

Kokolo Afrobeat Orchestra, is an American Afrobeat band from the Lower East Side of New York City, formed in 2001 by songwriter/producer Ray Lugo.

Along with The Daktaris and Antibalas, they form part of the early New York Afrobeat scene that ignited the genre's current global revival.

The band's name, (pronounced koh?koh?loh), was taken from a 1970's term used in Spanish Harlem and parts of the Caribbean, often as a pejorative, to describe Latinos of African descent who were fans of Afro music. Kokolo aimed to invert the negative connotation of the term through their music.

==History: From Punk to Afrofunk==

Prior to founding Kokolo, Lugo's musical background was rooted in New York's downtown hardcore punk and rock scenes, associating with groups such as Bad Brains, Agnostic Front, Cro-Mags, Gorilla Biscuits, Jawbreaker, Youth Of Today, Leeway and Warzone. Warzone's lead singer, Raymond ?Raybeez? Barbieri was a close personal friend of Lugo and an early mentor on the ins-and-outs of independent music, inspiring the DIY ethic that would become a key characteristic of Kokolo.

By the summer of 1995, Lugo ran Underhanded Studios, a recording facility on Ludlow Street, which he shared with Mark Anthony Thompson (Chocolate Genius), Sim Cain (Rollins Band) and Yuka Honda (Cibo Matto/Sean Lennon). While at Underhanded, Lugo befriended Gabe Roth and Phillip Lehman, who soon recorded the first albums for Desco Records at Underhanded and who would go on to release the Daktaris album, which spearheaded the Afrobeat revival in New York. Also during this time, while producing King Chango's debut recordings, Lugo recruited Martin Perna and Mike Wagner as the group's horn section. Perna and Wagner would go on to form Antibalas, along with percussionist Fernando Velez (Sharon Jones & The Dap Kings), another former King Chango alumni.

Lugo's search for a new musical direction let him to form Kokolo in the spring of 2001, enthused by the template of his friends in Antibalas as well as by the music of Fela Kuti, James Brown and the Fania All-Stars and the by live power of groups like Bad Brains, and Mano Negra.

Initially formed as a ?traditional? Afrobeat ensemble, the group consisted of 14 members from various parts of the world, and as a result of a revolving door of musicians coming in and out of the group, the initial months proved frustrating at tightening up the band as a live unit. During this time Lugo met English Trombonist Chris Morrow, the only other original member currently in the group.

In the summer of 2001, Lugo turned to Gabe Roth to produce Kokolo's debut album ?Fuss And Fight?, so called because Lugo wanted to denote the friction and internal bickering going on within the group at that time. Recorded at Daptone Studios in Brooklyn, and featuring some of the musicians in Antibalas and released on the UK Label AfroKings, ?Fuss And Fight? quickly gained the band a following, in particular with European audiences, due in part to the relative novelty of the genre, but also due to their high-energy performances and undeniable talent, and the band soon toured the UK for the first time. Prior to this maiden tour and a result of internal disagreements, most of the initial group left to form the Akoya Afrobeat Ensemble.

Finding themselves stuck with an upcoming tour and no band, Roth came to the rescue by connecting Lugo and Morrow with long time collaborator and former Fela Kuti/Manu DiBango drummer Jojo Kuo, enabling them to carry on with the tour.

Initially panned by critics, ?Fuss And Fight? drew its share of negative, or at the very least, suspicious, press upon its release. Long accustomed to Fela-esque prototypes, purists found the Kokolo's radical take on Afrobeat not to their liking. Although at first stung by the lukewarm response, Lugo quickly set off to write the band's second album during a stay in Amsterdam in 2003, noting only the criticisms from a selected number of writers who's opinion he respected, more inspired to solidify an original sound for the group.

The enthusiastic response to ?More Consideration? allowed the band to reach a broader audience and to perform on some of the world's premier stages, from the main stage of The Montreal International Jazz Festival, The Glastonbury Festival and scores of others around the world, where they shared the spotlight with acts ranging from Roots Manuva, Manu DiBango, Taj Mahal, Isaac Hayes, Zap Mama and Gilles Peterson to Chic, Pete Rock, The Itals, Bloodhound Gang, Roy Ayers and Seun Kuti & Egypt 80.

Also during this time, the group began to experiment with remixes of their original songs, something which some found somewhat taboo, but was viewed by the band as another vehicle with which to reach listeners. To date Kokolo has been remixed by Faze Action, BeatFanatic, Lack Of Afro, Diesler and many others.

Kokolo's third album, "Love International" continued to expand the group's sound as Lugo incorporated elements of Hip Hop, Dancehall and a more pronounced Latin influence throughout the songs. The group's "Afro" version of The Clash's "The Magnificent Seven", a nod to one of Lugo's musical heroes, was well received by DJ's around the world and featured Jamaican dancehall artist Joe Daddz on lead vocals.

"Love International", released in July 2007 on Freestyle Records, confirmed that Kokolo possessed "Our Own Thing", as one the album's more driving songs proclaimed, and helped the band tour a number of new countries as a result, and were the first group to bring live Afrobeat to countries such as Lithuania, Latvia, Estonia, Bulgaria and Romania, among others.

?I thought it would be interesting to make explicit the implicit connection that exists between Nigerian Afrobeat and American Funk and explore the musical dialogue that took place across the Atlantic during that golden era, a dialogue that also included the New York Latin sound, which was also highly regarded and influential in Africa at the time?, states Lugo.

"Heavy Hustling" was released on the Milan-based Record Kicks label in February, 2009 and the band soon followed its release with its most extensive tour schedule to date.

Originally conceived as a traditional Afrobeat group, Kokolo quickly developed a far spikier sound, often played faster and more emphatically than many of their contemporaries. They have also proven adept at broadening their sound by incorporating influences from a variety of other genres. Although Kokolo sing in English primarily, they have released several numbers sung in Spanish language|Spanish and Portuguese.

Lugo's songwriting approach is largely informed by punk, rock and reggae, and contrary to many Afrobeat groups' reliance on more "Jazzy" instrumentals, Kokolo's songs feature re-occurring vocal choruses, which are designed to engage and energize audiences at live shows.

Their live performances also vary drastically from that of their peers, as Kokolo's shows are more frenzied and akin to rock concerts, another indication of the influence of groups like Bad Brains and The Clash on the group.

Since forming, they have evolved into a prolific recording machine, with over 50 releases on their discography and features in scores of notable international compilations, alongside artists like Femi Kuti, Ska Cubano, Tony Allen, U-Roy, Caetano Veloso, Masters At Work, Quantic, Salif Keita, Gerardo Frisina, Baaba Mal, Jazztronik, Zero 7, Afro Celt Sound System, Joe Bataan, Common, The Orb, Eric B & Rakim and many more.

Kokolo are also notable as practitioners of the Simple Living lifestyle, and followers of the writings of J. Krishnamurti, who's concepts heavily influenced the lyrics on the band's second album, "More Consideration", as exemplified by the maxim found on their album jackets: "Live More, Consume Less.. With More Joy and Less Stress". They have donated songs, performed and raised funds on behalf of scores of projects ranging from Youth empowerment organizations to AIDS relief groups and environmental causes.