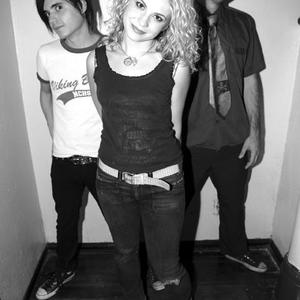 The Dollyrots are an energetic pop punk band from Los Angeles, CA. Vocals and bass are provided by Kelly Ogden. On guitar is Luis Cabezas, and Chris Black is on drums. They've released 3 full albums: Eat My Heart Out (2004), Because I'm Awesome (2007), and A Little Messed Up (2010). In 2011 The Dollyrots came out with an EP entitled Arrested Youth. SOme time after Chris Black quit the band and was replaced with Alicia Warrington. They have been in the studio for a new album which is expected to be released soon

In August 2011 they released a split EP with Bowling For Soup where they covered each others songs including: High School Never Ends and Because I'm Awesome

Down The Rabbit Hole CD2

Down The Rabbit Hole CD1