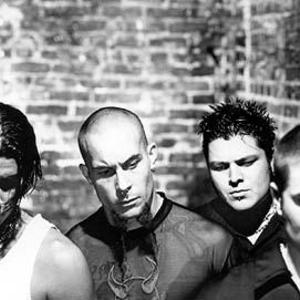 When a Stephen King novel influences a band's name, one knows they must be hard and heavy. Such is the case with the Southern California quartet The Deadlights. Their name signifies the name of the lights at the end of the tunnel after a near-death experience. The band was created by vocalist Duke and drummer Jim Falcone. The duo added Jerry Montano on bass guitar and Billy Roan on lead guitar to round out the group.

The foursome began playing hard-hitting shows in the late '90s with other California rockers like System of a Down and Coal Chamber. After creating a buzz with their live performances, the band signed a record contract with Electra Records in 1999, where they showed they were levels above the typical aggro band. They released their self-titled debut produced by Sylvia Massey in 2000 and followed that up with a stint on the Ozzfest 2000 tour. Unfortunately, the band's success was short-lived. In early 2001, the group was dropped from their record deal with Electra and broke up due to constant internal fighting. One member even left one of the altercations with a broken jaw. Following this chain of events, each cohort went their own separate way. Duke started a new musical project in California, while bassist Jerry Montano joined the heavy metal group Nothingface.

There is also a pop punk/melodic hardcore band from Connecticut that go by the name Deadlights. They do not have a "the" before their name, but all scrobbles re-direct here. Check them out at: www.myspace.com/deadlights