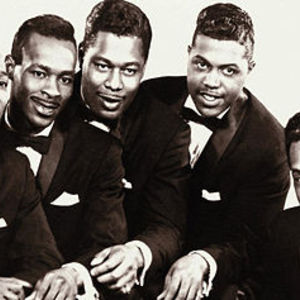 Billy Gordon, Billy Hoggs, Joe Billingslea and Billy Rollins founded a singing group called The Blenders in their native Detroit, Michigan in 1959. The group soon added Leroy Fair (in place of Billy Rollins), bass singer Hubert Johnson, and guitarist Huey Davis, and auditioned for Berry Gordy's Motown Records. Gordy turned the act down, prompting Johnson to call his cousin, R&B star and Gordy associate Jackie Wilson. Wilson in turn got The Contours a second audition with Gordy, at which they sang the same songs they had at the first audition, the same way, and were signed to the company.

The group's first singles, "Whole Lotta Woman" and "The Stretch", were unsuccessful, and the group was in danger of being let go. Also at this time, Leroy Fair was replaced with Sylvester Potts. In early 1962, Gordy had the Contours record "Do You Love Me", a composition originally meant for The Temptations. The resulting record, with its shouted lead vocals from Billy Gordon, became a number-two hit 1962.

In 1964, Billy Hoggs, Joe Billingslea, Hubert Johnson, and Sylvester Potts all quit the group. Berry Gordy hired Council Gay, Jerry Green and Alvin English to back Billy Gordon, making the Contours a quartet. Within a year, Sylvester Potts returned to the group (replacing Alvin English), but Billy Gordon departed at about the same time. Gordon was replaced by Joe Stubbs, brother of Four Tops lead singer Levi Stubbs. Stubbs soon quit the act and was replaced by Dennis Edwards.

During the mid-1960s, The Contours recorded several records which received R&B radio play (notably "First I Look At The Purse" and "Just a Little Misunderstanding"), but were considered secondary to Motown's major male vocal groups: The Temptations, the Four Tops, and The Miracles. The group's contract with Motown expired in 1967, and the Contours disbanded. Lead singer Dennis Edwards was recruited to replace the departed David Ruffin as lead singer of The Temptations. Edwards later became a solo hitsmaker as well.

After the group's demise, Joe Billingslea has reformed the Contours several times. Billingslea first resurrected the group in 1971, with himself, Council Gay, Arthur Hinson, Martin Upshire and C. Autry Hatcher as its members. By 1987, the lineup included Billingslea, Hinson, Darell Nunlee, Charles Davis, and Motown-era Contour Sylvester Potts. The same year, "Do You Love Me" was prominently featured in the film Dirty Dancing, which led to a revival of both the recording and the Contours touring career.

The Contours were inducted into the Rock and Roll Hall of Fame in 1989. The group is today a quartet led by Joe Billingslea, with fellow members Al Chisholm, Charles Davis, and Gary Grier. Former member Hubert Johnson committed suicide on July 11, 1981, and Huey Davis died February 23, 2000.

Do You Love Me (Vinyl)