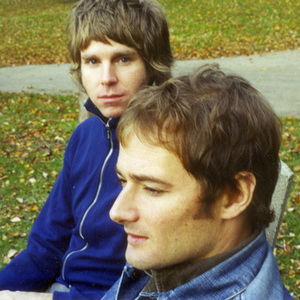 The Autumn Defense began as a side project for John Stirratt, who is best known for his work as bassist for alt-country bands Wilco and Uncle Tupelo. Stirratt collaborated with Pat Sansone, who had been known for his work with Joseph Arthur and Josh Rouse, to produce a 1960s-style rock/pop album. This album, The Green Hour, was released in 2001 on Stirratt's own Broadmoor label, with Stirratt doing the bulk of the writing while Sansone focused on the technical recording aspects. The band did some light touring around the United States in between other projects.

The duo reconvened in 2002 to begin work on a follow-up. This album, Circles, was released to critical acclaim in 2003 on the Arena Rock Recording Co. label. The band received press in the Chicago Tribune and the magazine No Depression following its release, and the band had a successful club tour behind it.