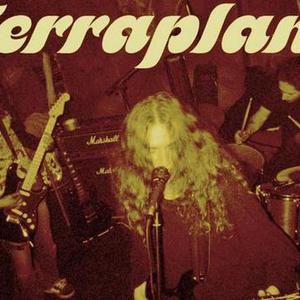 1/ Terraplane (named after the "classic US car built for power and performance"), were formed by schoolboy friends Danny Bowes and Luke Morley in the early 80's. With the appointment of Gary (Harry) James and Rudi Riviere (a black guitarist; allowing them to truly proclaim on their first album sleeve that "Terraplane is an equal opportunities group"), they rocked through the Reading Rock Festival (1982), numerous visits to the Marquee and via a couple of albums (Black and White (1985),Moving Target (1987)) eventually disbanding on Jan 2nd 1989.

2/ Very short lived band of Tony McPhee. Formed in the late nineties as a replacement to The Groundhogs. No albums where recorded, material was placed on a Sampler album by AOL records.