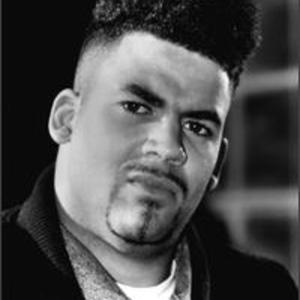 Norman Rogers (known by his stage name Terminator X) is best known as the producer DJ of the rap group Public Enemy, which he left in 1999. He has also produced two solo albums, Terminator X & The Valley of Jeep Beats (1991) and Super Bad (1994), featuring, among others, Chuck D, Sister Souljah, Kool Herc, The Cold Crush Brothers, and a Bass music track by the Punk Barbarians. Due to his publicly reserved nature, it has been said that Terminator X "speaks with his hands" in reference to his adept scratching abilities.

Terminator X quit the hip-hop scene in 2003 and has been running an ostrich farm in South Carolina.

Terminator's original stage name was DJ Mellow D. This was the name by which he is mentioned in the lyrics of the Public Enemy single Public Enemy #1. Chuck D later gave him the name "Terminator X". As Chuck D recounts: "I gave him the name Terminator X, which meant that he was terminating all the nonsense, and the X symbolized the unknown, a terminating of all the things we think we believe, that we really don't know about." Chuck D goes on to explain that Terminator initially did not like his new name.