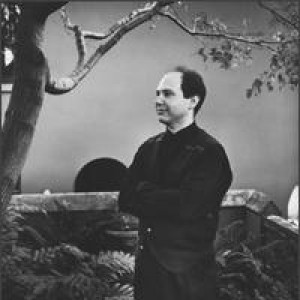 Ted Rosenthal (born 1959) is an American jazz pianist. He worked with the Gerry Mulligan Quartet and was also featured on David Sanborn's series Night Music. He has gone on to perform worldwide, both as a leader and as a sideman with many jazz greats, including Gerry Mulligan, Art Farmer, Phil Woods, Bob Brookmeyer, and Jon Faddis. Ted also has released ten CDs as a leader, which include new treatments and "derangements" of great American standards, jazz tunes and classical themes, as well as his original compositions.

He has gone on to perform worldwide, both as a leader and as a sideman with many jazz greats, including Gerry Mulligan, Art Farmer, Phil Woods, Bob Brookmeyer, and Jon Faddis. Ted also has released ten CDs as a leader, which include new treatments and "derangements" of great American standards, jazz tunes and classical themes, as well as his original compositions. Ted's ability to communicate both the creative and analytical aspects of jazz translates from the bandstand to the educational arena: he holds faculty appointments at The Juilliard School, Manhattan School of Music, Queens College, and The New School University.

Rosenthal was born and raised in Great Neck, Long Island, a suburb of New York City. He began playing by ear at a young age, and started studying at 12 with Tony Aless, a sideman with Charlie Parker and Stan Getz. In high school, he studied briefly with Jaki Byard and Lennie Tristano, and he attended workshops with Billy Taylor, Woody Shaw and others.

Although jazz was Rosenthal's main passion, at the time there were limited opportunities to study jazz at the conservatory level. Since he also found satisfaction and joy in classical music, he pursued classical piano studies at Manhattan School of Music. He received Bachelors and Masters Degrees in piano performance while continuing to pursue his love of jazz outside the classroom. After college, he continued his classical piano studies with Phillip Kawin while playing jazz in and around New York.

Rosenthal was the winner of the Thelonious Monk International Jazz Competition in 1988, which launched his career as a solo artist, leading to the release of his first CD as a leader. New Tunes, New Traditions, featuring now-legendary personnel Ron Carter, Billy Higgins and Tom Harrell, interweaves music of Thelonious Monk with Rosenthal's original compositions.

Ted toured in the early 1990s with the last Gerry Mulligan Quartet, recording three CDs with Mulligan and performed in major jazz festivals throughout the world. One critic noted, ?The rapport of the (Mulligan) group was amazing, particularly Gerry's telepathic communication with outstanding pianist Ted Rosenthal.... The byplay with Rosenthal left me with my jaw hanging down.? (Gene Lees, The Jazz Letter.) After Mulligan's death, Ted became musical director of The Gerry Mulligan All Star Tribute Band, featuring Lee Konitz, Bob Brookmeyer and Randy Brecker. The group's CD, Thank You, Gerry!, was nominated for a Grammy award in 1998.

As a sideman, Ted has performed in small groups led by Art Farmer, Jon Faddis, Phil Woods, and Jay Leonhart. He has also performed with Wynton Marsalis and the Lincoln Center Jazz Orchestra, The Carnegie Hall Jazz Band and The Vanguard Jazz Orchestra. Rosenthal is the pianist of choice for many top jazz vocalists including Helen Merrill, Mark Murphy and Ann Hampton Callaway. Serving on the faculty at both the Juilliard School and Manhattan School of Music in New York City, he is also a member of the Juilliard Jazz Quintet.

Rosenthals's CDs as a leader showcase both his creative approach to standards and classics as well as his original compositions. His latest, The King and I (2006), features Rosenthal's jazz takes (with George Mraz - bass, Lewis Nash - drums) on songs from the classic musical. One Night in Vermont (2004), a duo performance with trombonist Bob Brookmeyer, explores great American standards in an unusually inventive and improvisatory style.

A recipient of three grants from the National Endowment for the Arts, Rosenthal currently composes large-scale works as well as jazz tunes. The Survivor, a concerto for piano and orchestra that combines written and improvised sections for the soloist, has been performed by Ted with the Rockland Symphony and with the Manhattan Jazz Philharmonic. Ted often adds improvisations to his performances of Gershwin's works for piano and orchestra, adding an extra dimension of vitality and spontaneity to the music.

Ted's classical/jazz crossover performances include solo and featured appearances with The Boston Pops, The Baltimore Symphony, The Kansas City Symphony, The Rochester Philharmonic, The Indianapolis Symphony, The Tucson Symphony, and The Greater Palm Beach Symphony. His latest work includes adapting themes by Brahms, Schumann, Tchaikovsky and others into a mainstream jazz idiom.

Rosenthal is active in jazz education. He presents jazz clinics throughout the world, often in association with his touring. He was a contributing editor for Piano and Keyboard magazine and has published piano arrangements and feature articles for Piano Today and The Piano Stylist.

One Night In Vermont (Bob Brookmeyer)

The King And I