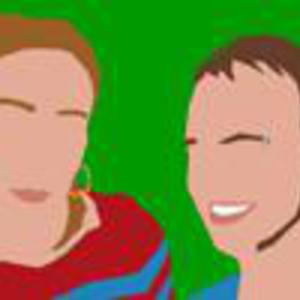 There have been at least 5 bands called Tangerine. They include a French folk-rock band, a US heavy rock group, an electro-indie crossover band from New York, an electro-pop duo from the Netherlands and a US alt rock band: 1. Tangerine were a simple folk quartet based out of France in the 70's, distinguished by the luminous lead presence of Valery Btesh and the ornate flute work of Marc Donahue.

1. Tangerine were a simple folk quartet based out of France in the 70's, distinguished by the luminous lead presence of Valery Btesh and the ornate flute work of Marc Donahue. With the potential of four, count 'em four acoustic guitars at work and equally layered vocal harmonies, you know what you can expect, and this is where the band's undoubtedly excelled. Discounting a few instrumentals, half of the songs are sung in their native tongue, and the other half in English, with uncommonly minimal intrusion from accents.
Their album 'De l'autre c?t? de la for?t' is another of the great unsungs. Though the album gets off to a decent if unremarkable start, we soon hit Btesh's "Meditations," which I'll go on record saying is one of the most beautiful songs I've yet come across in my explorations over the years under the broad prog umbrella, and that's simply not an overstatement. Picture Genesis circa Trespass transplanted to the rural countryside with a French Sandy Denny singing a melody that hypnotizes all in its path. If I need to say more, then as was once said elsewhere, "you'll never know."
Though obviously less ambitious, "Direction Sud" is another tune from this band that has stuck with me through the years, an acoustic pop tune with stalwart harmonies and a beguiling chorus. Past these, there are additional songs ("Liberte," "It's Ending," "Listen") with other delicious melodies that solidify this album as a must-track-down for the latent or not-so-latent folkies of the prog community.
Granted, as can be discerned from the songs in English and the general style of the band, Tangerine drew at least some influence from the West Coast psych-folk scene that permeated the late 60s. In fact, this often seems more like an album that would have been made in 1968-69, rather than 1975. Even so, this album is a far cry from the posturing, make-love-for-Jerry narcissism that signals hippiedom at its worst. Say what you want about the lyrics, Tangerine never sounded less than sincere in their delivery, and many of the songs have that introspective touch that makes them genuine in their ability to reach and touch the listener. - Review by Joe McGlinchey 2-6-04.

2. Tangerine was a group was from Pittsburgh, PA featuring Al Ferraro (lead guitar, vocals), Lynn "Crash" Ferraro (congas, guitar, vocals), Dennis Defelice (bass), and Dennis Kostley (drums).
The style of music was typical for the day (Early 70's). Psychedelic rock with blues around the fringes.
It's similar to Vanilla Fudge, Blue Cheer, Iron Butterfly, and King Crimson if you are looking for similarities with other groups in the progressive rock category. Listening to this music today doesn't put it in the prog rock genre by any means, but for the time it was recorded it was considered to be very advanced and progressive.

3. American band Tangerine who were the brainchild of former Crash mainman Mark Dumais. Crash had been formed in New York before the band had moved to London in 1986, releasing three singles and an album, and amongst its members were guitarist Kurt Ralske, who would go on to become Ultra Vivid Scene and release three albums for 4AD; drummer Byron Guthrie, who also later joined Ralske in UVS; and Bill Carey, who went on to form fellow Creation band Something Pretty Beautiful. Joining Dumais on vocals in Tangerine was Julie Davids and the two singers were backed by heavy dance keyboards and beats.

4. Tangerine is an electro-pop duo from Utrecht, the Netherlands. They make uptempo pop songs with electronic means and are influenced by the likes of Casiotone For The Painfully Alone, Figurine and Gokart Mozart.


5. Moody, atmospheric, swirling guitar-driven alternative rock underlies the brooding deep baritone melodies and edgy lyrics of Tangerine's leader singer-guitarist Tony Matz. With the release of their critically acclaimed 6-song debut EP in late 2002, they earned radio airplay and built a fervent loyal following appearing in clubs throughout the East Coast, Midwest, West Coast, and Canada including shows at legendary CBGB's and El Mocambo in Toronto. Music Connection Magazine ranked their debut EP as "One of the top 25 U.S. demo releases of 2002". Rave reviews in several national publications like Music Connection and Empire Magazine, along with their riveting live performances, plus airplay on dozens of radio stations contributed to the sell out of their debut Demo EP in 10 only months. In early 2004 all 3 songs on the second EP release earned airplay throughout the US and Canada leading to another sell out recording. More airplay and critical praise followed with the late 2004 release of their full length CD "Songs For The Now and Others Forever". Pittsburgh Magazine wrote ?With his raspy baritone, Tangerine lead singer Tony Matz sounds world-weary beyond his years and indeed, for a debut release, the level of musicianship on Tangerine (self-release) shows a maturity in arrangements and dynamics that many more-seasoned bands strive for yet never achieve. This two guitar, bass, drum combo has a bit of an 80's sound with its chorused guitars and Matz' almost Morrissey-like detachment, but Tangerine is no retro throwback. With great melodic hooks and engaging, mature lyrics, Tangerine has that intangible something that makes it stand out. This is an outstanding release by on of Pittsburgh's best new bands. Catch them while you can.?

Formed in early 2001, the members of Tangerine practiced for a year before they ever played a gig. Tony Matz and his original band mates Anthony Treme, Anthony Reto and Scott Burke rehearsed until they were beyond confident in their sound. They began by playing the clubs in Pittsburgh in early 2002. With the release of the demo CD in late 2002 and its critical acclaim and airplay, they went on a whirlwind series of regional tours in 2003. Despite their rigorous schedule, in the fall of 2003 the band self-released a 3-song single previewing some of the material from "Songs For The Now and Others Forever" CD. In the year and a half it took to make the Sept 2004 full length CD, the entire band was been replaced, except for Matz. Tangerine is currently comprised of Tony Matz on guitars and vocals, Deanna Dean on Bass & Vocals and Bill Majetic on Drums. Original and current members appear on the "Songs For The Now and Others Forever" CD which was released in conjunction with Vochella Records.

Songs For The Now And Others Forever

The Peeling Of Tangerine