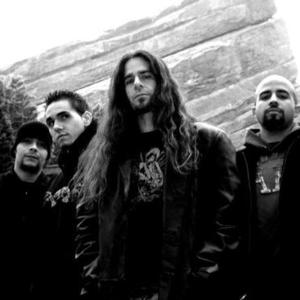 Formerly From The Ashes, Another Black Day is based out of Ft. Lauderdale, FL and consists of members, Matthew Wilkof (vocals, lead guitar), Angel Hernandez, (drums), and Das Haas (bass). The band's current line-up was finalized in the summer of 2004 and has been going strong ever since. With countless shows played, two EP's under their belts (and a full length recently released), radio airplay, and a growing fan base. Another Black Day is gaining recognition and respect amongst their peers in the music industry worldwide.

The band has been featured on numerous radio shows such as Denver Colorado's KBPI, XM Radio's Unsigned Bands and Mayhem & Rage Radio from Florida. Another Black Day has recently recorded a full length CD at Bieler Brother's Records (Skindred, Non-Point) in Sunrise FL. The long awaited full length was produced by A.B.D and Matt LaPlant (NonPoint, Sikth). The music is comprised of aggressive complex guitar work, thought provoking lyrics, awe inspiring drumming, powerful vocals and cohesive songwriting wrapped up into one unique package. Each band member contributes his own style into the music, which in turn, breeds an unmistakably original musical creation.

The A.B.D live show is a force to be reckoned with. Another Black Day pours all of their energy and aggression and musical prowess into a wall of kinetic energy. Angel's drumming is dead on, Haas's bass lines are tight and powerful, Matt's vocals are earth shattering and coupled with blistering guitar work he forces the crowd into the A.B.D onslaught. Put all of that together with constant movement on stage and you have the Another Black Day's live show?Excitement?Energetic?and Flawless.