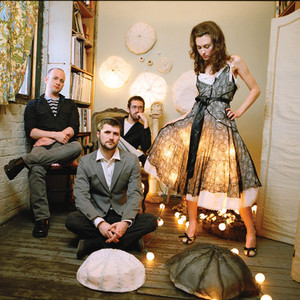 Straylight Run was the project of ex-Taking Back Sunday members John Nolan and Shaun Cooper. The band formed in May 2003 shortly after John and Shaun left Taking Back Sunday due to personal differences with lead singer Adam Lazzara. John and Shaun had been writing songs while still in the old band that they felt didn't fit in with Taking Back Sunday's style, and the freedom of starting a new band gave them a chance to experiment with this new sound. The band is based in Baldwin, New York, United States, the hometown of most of the members.

The band's name is taken from a chapter of William Gibson's novel "Neuromancer."

The band gained popularity early on through word of mouth after they released 6 demos available for download exclusively on their website. They then went on to release a self-titled full-length and more recently a 6 track EP Prepare to Be Wrong. The band currently consists of John Nolan (vocals, guitar, piano), his sister Michelle DaRosa (vocals, guitar, piano), Shaun Cooper (bass) and Will Noon (drums). The band recently added a new song titled "The Miracle That Never Came" on its myspace.

Straylight Run's latest album, The Needles The Space, was released on June 19, 2007.

On June 3, 2008, Michelle DaRosa announced on the band's myspace that she was officially leaving to pursue her own solo projects. Shortly after leaving Straylight Run, DeRosa formed the band Destry which includes Shaun Cooper from her former band and Sam Means of the defunct indie rock band The Format

On February 16th 2010, Straylight Run went on an indefinate hiatus.

In March of 2010 TBS announced the return of John Nolan, and Shaun Cooper rejoining TBS

The Needles The Space

Prepare To Be Wrong