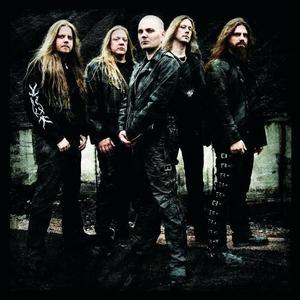 Formed in the beginning of 1995 in Sala Sweden by guitarist John Allan. In 1998 Steel Attack recorded their first demo-tape and sent it to different labels in Europe and signed a record deal with AFM Records in June 1998 and the debut album "Where Mankind Fails" was recorded in Studio Underground, co-produced by Pelle Saether and released in 1999. The press agreed the album was maybe not a masterpiece, but a warning for what to come.

The year of 2000 followed with live-promotion tours, supporting Edguy and playing for metal heads at Festivals as Sweden Rock in Sweden and Wacken Open Air in Germany.
The 2:nd album "Fall Into Madness" was like the first album recorded in Studio Underground and also co-produced by Pelle Saether. The recording took place in May 2000, but the release didn't take place until over a year later in June 2001. Even now the press agreed, Steel Attack was a band with potential. Now it was time for the first tour in the US, an 8-day tour including a performance at the Metal Meltdown Festival in New Jersey.
For the 3:rd album Steel Attack signed for Arise Metal and recorded "Predator of the Empire" in November 2002. The release of the album was in May 2003. (Steel Attack also did the song Dr. Stein for the Helloween II tribute album as their first recording for Arise Metal.)
The 4:th album "Enslaved" was recorded in a different studio, Black Lounge Studio - which is owned by Jonas Kjellgren (former member of Carnal Forge and Centinex and now in Scar Symmetry) to get a fresh sound on the album. The recording took place during April 19th to the end of May 2004. "Enslaved" was released in October 2004 and received amazing reviews everywhere! The band continued touring as ever before, such as a 12-day European tour with German Black Abyss and Canadian Exciter.
At the end of 2005 Steel Attack parted with Arise Metal to find a better deal elsewhere ... (and due to other stuff not worth mentioning) the offers where many due to the load of great reviews of "Enslaved"... The best deal offered came from German Massacre Records, which also was the label the band, had their hopes on during the "search". A contract was written between Steel Attack and Massacre Records and the recordings of the 5:th album "Diabolic Symphony" begun. Also then Steel Attack choosed to record at Black Lounge studios. The album was released April 21:st and generated a breakthrough for Steel Attack by getting a bigger fanbase and the critics said "Diabolic is the best album so far". The Sweds was once again playing in the USA, this time one of the venues was the famous Whisky a Go Go in Los Angeles.
Steel Attack worked on material for a new album in mid 2007 and entered Solnasound Recording with Mike Wead (Mercyful Fate, King Diamond) at the recording desk in November that year. The album "Carpe Diend" is Steel Attack?s sixth studio album and in 2008 they will tour Europe and USA again.

Predator Of The Empire