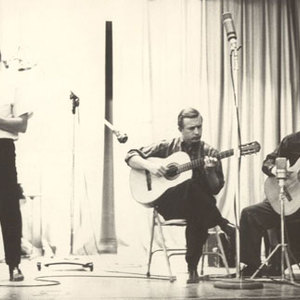 Guitarist Charlie Byrd was invited to travel and play in Brazil during a cultural goodwill tour sponsored by the Kennedy administration in 1961. He was completely enamoured by the music, and when he returned, he headed straight for the recording studio to make the now classic Jazz Samba. Collaborating with Stan Getz on tenor sax and backed by a band that included Gene Byrd (bass, guitar), Keter Betts (bass), and Buddy Deppenschmidt and Bill Reichenbach (drums), Byrd forged a new and brilliant sound.

American record companies were to churn out hundreds of watered-down bossa-pop albums that have since given the style its lounge-addled image, but this album stands as a tribute to the vitality and adaptability of jazz.