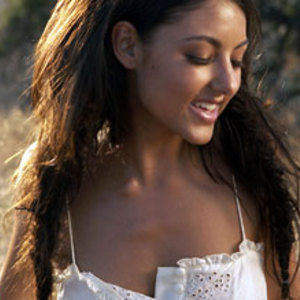 Stacie Joy Orrico (born March 3, 1986 in Seattle, Washington) is a female American singer of Italian descent. She was discovered at a Christian talent contest when she was in her early teens and has since released three successful albums. Stacie got her start in 1998 at the age of 12 by attending a Christian music festival, Praise in the Rockies, held in her then-home state of Colorado. Stacie inadvertently entered a high-stakes talent competition, and won. A ForeFront Records executive was on hand and approached her for a record deal (she eventually did sign with them).

Since then, she has released two albums. The first was Genuine in 2000, created at the young age of fourteen. The album produced the hit single "Don't Look At Me" which topped Christian charts for ten consecutive weeks. Her next effort, the more mainstream and self-titled Stacie Orrico, was released in 2003 and charted in the U.S. Billboard Top 200, Australian ARIAnet and the United Kingdom albums charts. The first single from this album was "Stuck", which became a worldwide hit making it into the Top 5 or Top 10 of the majority of the world's charts. This was followed by the single "(There's Gotta Be) More To Life", which also charted and went top 20 in Australia and the UK. "More To Life" failed to do as well as "Stuck" but still became a hit in many countries. This was then followed by "I Promise" (top 30 in the UK), and the last single "I Could Be The One" (top 40 in the UK on June 2004). Both singles were given limited releases and limited promotion, so it is understandable that they didn't fare as well as the first two singles did.

Genuine sold over 13,000 copies in the first week, the highest debut week sales ever for a female Christian artist. Genuine sold 500,000 copies, giving the album Gold certification. Her sophomore effort, Stacie Orrico, debuted at #67 on the Billboard 200 and sold over 500,000 copies in the U.S., also good for Gold certification. "Stacie Orrico" also sold 600,000 in Japan and an estimated 2.5 million copies worldwide.

Stacie Orrico's fourth album(including her Christmas album), "Beautiful Awakening",featuring the hit single "I'm Not Missing You," was released August(2006)in Europe and Asia and was due release for Jan. 2007 in North America. However the album has not yet been released in North America, and it's uncertain whether a release date will be given at this point.