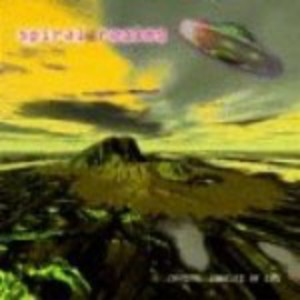 Spiral Realms is the brainchild of legendary violinist Simon House of Third Ear Band, Hawkwind's finest era (In the Hall of the Mountain Grill, Warrior on the Edge of Time, Astounding Sounds, 25 Years On, Quark, Strangeness & Charm and PXR 5) and David Bowie fame. In 1995, he decided to take a brilliant track off Warrior called Spiral Galaxy 28948 (according to legend, his birth date!) and produce two albums of similarly spectacular, spacey, psychedelic and totally original electronic music of the highest caliber.

The first one ,?Trip to G9? is a collaboration with American Len Del Rio (keyboardist with Nic Turner's Sphynx as well as Hawkwind side project Anubian Lights) and it is a most rewarding electronic symphony that owes a little to the Tangerine Dream/ Klaus Schulze style but is way more violin driven which gives it a completely different aura. It's as if the USS Enterprise was now commanded by Captain House and that his phasers were string-driven things of sublime power that scoured deep into the farthest corners of space , streaming past ?The Red Giant?, warp-speeding towards ?Tritium? and spending the next ?1,000 Years Under Solar Sails?. Spiraling, swirling, zooming, gushing waves of sequence-drenched euphoria is well worth the adventure. Unfortunately, this wonderful material has remained unknown and can be found for a song and dance on Amazon-type sites. The follow up ?Crystal Jungles of Eos? is as good if not even an asteroid better. Fans of Hawkwind obviously need these but should appeal to instrumental electronic progfans, regardless which planet they may come from. Well worth the trek. (Bio by tszirmay)