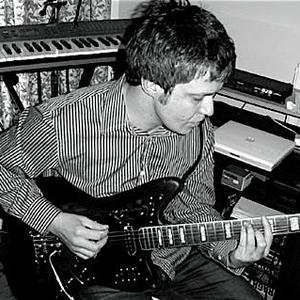 The name 'Slipstream' is used by a number of artists, including as an alias for the Hi-NRG producer Ian Anthony Stephens ('I Kissed a Boy') and as the name of both a drum and bass act and the UK indie band described below. Slipstream were formed in 1994 after Mark Refoy left Spiritualized. The band consisted of Ian Anderson on guitar, Gary Lennon on bass, Steve Beswick on drums and occasional appearances from Jonny Mattock who had also stopped drumming for Spiritualized later that year.

Slipstream were formed in 1994 after Mark Refoy left Spiritualized. The band consisted of Ian Anderson on guitar, Gary Lennon on bass, Steve Beswick on drums and occasional appearances from Jonny Mattock who had also stopped drumming for Spiritualized later that year. Over the following five years the band released two albums, Slipstream and Be Groovy Or Leave, and a compilation CD, Side Effects, all on Che Records.

In 1999 the band ceased recording after releasing a final single, 'Everything And Anything', on the Enraptured label. The track recently featured on the soundtrack to the BBC3 sitcom Ideal starring Johnny Vegas.

In 2004 Slipstream, now down to a two-piece consisting of the core former Spacemen 3 members, Mark Refoy and Jonny Mattock, decided to play live again, with the help of electronic augmentation. Both men reside in their home town of Northampton, and have made notable live appearances both in the town and elsewhere around the UK.

Refoy and Mattock have also played on the recent Freelovebabies album by former Spacemen 3/Spiritualized bassist Will Carruthers. Following his time in Spiritualized, Mattock has had stints with The Breeders and Lupine Howl and currently also plays in the live band of Massive Attack. Mattock also appeared alongside The Breeders bassist Josephine Wiggs, in the Josephine Wiggs Experience, releasing material on The Beastie Boys Grand Royal label.

Refoy appeared alongside former Levitation and Dark Star guitarist Bic Hayes on the most recent world tour for the Pet Shop Boys, including an appearance headlining the Live 8 concert, Moscow.

In October 2008 Slipstream released their latest album called Mantra on the Enraptured label. Initial recordings were made by Mark and Jonny on their respective computers which were subsequently mixed and produced by Pete Gleadall at his Hoedown City II studio in West London. An edited track from the album, Psycho Paul, was featured in series four of Ideal. The track is a homage to Psycho Paul, a principal character from the series with a penchant for screwdrivers and random violence.

Slipstream at present are working on new tracks.