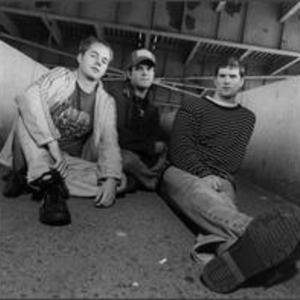 If the indulgent guitar rock of the early '90s was the party, Space Needle was the sound of its hangover. Mixing ballads with noise, they sounded like a melange of three guys writing sensitive love songs in a room while another trio improvises free noise freakouts down the hallway. Why aren't they better known? The answer has everything to do with circumstance, career path, context, and all the other reasons great bands never fully get their due until long after their demise.

Seeing how apparently everyone else has caught up with them (see Animal Collective and Black Dice for starters) the time seems right for a retrospective.

Formed in 1994 by Jud Ehrbar and Jeff Gatland in Providence, RI (joined later by Anders Parker of Varnaline), Space Needle released two albums in their time, "Voyager" and "The Moray Eels Eat The Space Needle." Both releases have come to be regarded among the best rock albums of the '90s, but have suffered obscurity for years after being out of print.

With "Recordings 1994-1997," Space Needle returns from hibernation. The album represents the best of the band's work together, along with the little seen video for "Before I Lose My Style." Maybe this time around, they'll get their due.