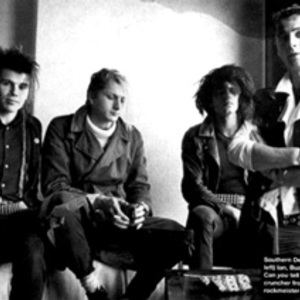 One of the leading bands in the post punk, pre gothic movement of London. An emerging form of gloom and doom rock (alongside bands like theatre of hate, the mob, the birthday party, UK decay, and more bands featured on this site). The band was the brainchild of Ian Astbury, the only one who would remain in the band for all of its incarnations. Southern Death Cult would become infamous, several lineup changes and two name changes later as The Cult.

It is easy to see the formative influence this earlier incarnation had on the goth blues metal "cult", though the music is much more raw and powerful. I think that this incarnation is the best of the three Cults, the next being the Death Cult, before axing all those long words from their name.