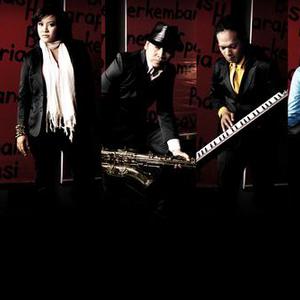 Souljah was formed back in 1998. At first, it was named Arigatoo. Then along with the expanding music that Souljah made, Souljah decided to change the name to Souljah at 2005. With Arigatoo, Souljah did some compilation albums; one with Authority Records from Japan, titled Asian Ska Foundation in 2003 and the other was with Sony Music Indonesia, titled Ska Mania back in 2000. And in 2003, Arigatoo released full album titled Kami Bukan Perawan Lagi (We're Not Virgins Anymore). Later on, in 2005 Souljah released their first album, entitled "Breaking The Roots", with hit single Jamaica's Away.

In 2007, Souljah released second album, titled "Bersamamu" (To Be With You), with hit single Bersamamu. For now, Souljah albums distributed only in Indonesia. But for you who live outside Indonesia, you can buy our songs at itunes.

In 2009 Souljah released their third album which called Mestakung; a short for Semesta Mendukung (Universe Supports). The album completed the 'trilogy' red-yellow-green. If somebody has all Souljah's albums and keep it side by side from the first one, then you'll get the color; red, yellow, and green. Souljah is actively doing shows in Indonesia, mostly in Jakarta and area nearby. Aside of that they also started up their own record company called Offbeat Music Indonesia. Souljah is about to start producing their fourth album soon.