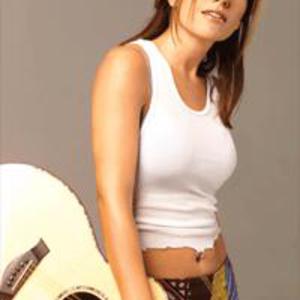 There are multiple artists named "Soraya": - Soraya Arnelas Rubiales - Spain - Soraya Raquel Lamilla Cuevas - US (Colombia) -------- - Soraya Arnelas Rubiales (born 13 September 1982, Valencia de Alcantara, C?ceres, Spain), better known by her stage name Soraya, is a popular Spanish singer. At the age of 11, she left for Madrid. She wanted to study drama but soon started working as a flight attendant for Iberworld, where she travelled around the world.

- Soraya Arnelas Rubiales (born 13 September 1982, Valencia de Alcantara, C?ceres, Spain), better known by her stage name Soraya, is a popular Spanish singer. At the age of 11, she left for Madrid. She wanted to study drama but soon started working as a flight attendant for Iberworld, where she travelled around the world.

Soraya participated in the fourth series of the Spanish television series Operaci?n Triunfo in 2005 where she came second overall. Her d?but album "Coraz?n De Fuego" was released on 5 December 2005 produced by Kike Santander. The album got Platinum status.

On 21 November 2006, Soraya released her second album. It was her first English language album. The first single was a cover of Laura Branigan's Self Control. The remainder of the album was a mixture of 80s cover versions and new songs.

Soraya released another album with more 80's hits. The lead single was "La Dolce Vita". The album includes 80's hits, in the likes of Kylie Minogue's "I Should Be So Lucky", Cyndi Lauper's "Girls Just Want to Have Fun", Eurythmics's "Sweet Dreams (Are Made of This", Modern Talking's "You're My Heart, You're My Soul" and the lead single, "Dolce Vita", a cover from the Italian singer Ryan Paris. The album shot straight inside the Spanish Top 5 Albums Chart, peaking at #5, and getting Gold certification in the following weeks.

Sin Miedo was Soraya's fourth released album. Leaving the '80s covers behind, this album contains 12 original tracks; 9 in Spanish and 3 in English. The album was produced by International DJ DJ Sammy and includes a duo with Kate Ryan (the song Caminar?). The first single of the album was Sin miedo (Without fear).

On 28 February 2009, she was chosen to represent Spain at the 2009 Eurovision Song Contest with "La Noche es Para Mi".[8] Soraya's Eurovision team consisted of a Swedish songwriting team. She heavily promoted in Sweden in the months leading up to the contest. Being an automic finalist representing Spain, she performedin the 25th position on Final night. However, critics and televoters failed to vote for the song, and ending up in the twenty fourth place. Arnelas referred to the score as a punishment from Europe, for Radio Television Espa?ola's late airing of the second semi-final where Spanish televoters and jury members were to vote.

After leaving her label Vale Music / Universal in late 2010, Soraya signed a record deal with Sony Music and released her album "Dreamer". The first single from the album was "Live Your Dreams", an electronic-dance pop song, produced by French DJ Antoine Clamaran. The video for the song was filmed in Paris on March and was released on June 2010. Dreamer has supposed the return of Soraya to the Top10, achieving more success than its predecessor albums so far. The promotion of the album was supported by a tour through some European countries as well, apart from Spain.

A successful Colombian music star, she had two number-one songs on Billboard's Latin Pop Airplay charts. She won a 2004 Latin Grammy Award for the self titled album "Soraya" as "Best Album by Songwriter", which she produced, and a 2005 Latin Grammy Awards nomination for "Female Pop Vocal Album" for her album El Otro Lado de M? (literally "The Other Side of Me"). She was the opening act for the 2005 Billboard Latin Music Awards. Her career spanned ten years, and she recorded five albums.

She was born Soraya Raquel Lamilla Cuevas in Point Pleasant, New Jersey, a year after her father, mother, and brother moved to the United States from their native Colombia. The family moved back to Colombia when she was a baby, but when Soraya was eight years old, they returned to New Jersey. "Soraya" is a very common name in the Middle East, and its meaning can be translated "rich" or "princess". Soraya's maternal side of the family was Lebanese Christians who emigrated from Lebanon to Colombia. Soraya's mother, Yamila Gharib Cuevas, had been a housewife in Colombia. Soraya's father, Gregorio, worked for an exporting company in Colombia; in the U.S., life was hard for the family, so to make ends meet, he worked three or four jobs.

Soraya first became interested in music at the age of five when she heard her uncle playing music in Colombia. Her uncle played "Pueblito Viejo", a Colombian traditional folk song using an instrument called the tiple, which is a kind of guitar with triple strings. Her parents bought her a guitar, which she taught herself how to play. She became proficient in classical violin, and her first 'public' performance was at Carnegie Hall in New York City as a member of the N.Y.C. Youth Philharmonic. She was valedictorian of her class at Point Pleasant Boro High School, where she began writing her own music.

Soraya was only twelve years old when her mother was first diagnosed with breast cancer; she was eighteen when her mother had a recurrence and twenty-two when her mother died, in 1992. Soraya had said that her sense of responsibility increased because she needed to take care of her mother and do all of the chores around the house. She would also go to the doctor's office with her mother; together they did breast-cancer research and participated in the Race for the Cure.

Soraya attended Rutgers University in New Jersey, where she studied English literature, French philosophy, and women's studies. Initially, Soraya worried she might be too shy to play before big crowds, but she eventually triumphed over her fear and realized her tremendous talent as a live performer when she played to rapt audiences at coffee houses and rallies around the sprawling Rutgers campus. She worked as a flight attendant before starting her music career.

Soraya obtained a record contract with Polygram Records/Island Records in 1996. Her first album, released simultaneously in both English and Spanish was titled "On Nights Like This / En Esta Noche". Both versions received positive critical acclaim and enabled her to tour in the U.S., Latin America, and Europe, as a guest performer in concerts for famous musicians such as Natalie Merchant, Zucchero, Sting, Michael Bolton, and Alanis Morissette.

Her songs climbed to the top of the charts just about everywhere in Latin American, European, and U.S.' Hispanic markets. Her first single "Suddenly/De Repente" reached #1 in Billboard Latin Pop listings, with the English version receiving some mainstream Adult Contemporary airplay. Her second album, Torre de Marfil / Wall of Smiles, titled after a song co-written with her idol Carole King was released in late 1997, and helped her attain worldwide recognition.

Unfortunately, in 2000, she was diagnosed with Stage III Breast Cancer, shortly after the release of her third album "Cuerpo y Alma / I'm Yours" ? just days before she was about to tour and promote it. She took time off to fight this deadful disease.

Feeling healthy and in remission, Soraya returned to the music scene in 2003 with the release of her fourth and self-titled album "Soraya". The songs reflected her struggles, beliefs, and love for life. She composed, produced, and arranged this Latin Grammy winner for "Best Album by a Singer-Songwriter" and once again - Soraya was at the top.

She created one more successful album - "El Otro Lado de M?", before she finally succumbed to the disease in 2006.

Soraya died of breast cancer on May 10, 2006, aged 37. She was first diagnosed in 2000, at the age of 31, after finding a lump while conducting a routine self-examination. She was diagnosed at Stage III and had a double mastectomy and breast reconstruction as well as radiation therapy and chemotherapy. In addition to her own death, Soraya lost her mother, a grandmother, and a maternal aunt to breast cancer.

Breast cancer advocateSoraya was a breast cancer advocate for support and education, especially of Hispanic women. Soraya became the first Latin spokesperson for the Susan G. Komen Breast Cancer Foundation, touring the Americas to raise awareness. During September and October, she took a break from her music career to focus on breast awareness.

In order to encourage other women like herself, Soraya wrote and recorded "No One Else/Por Ser Quien Soy", a song that reflects her experience in fighting breast cancer. Both tracks can be downloaded on her official website. All proceeds benefit the Susan G. Komen Foundation.

"I know there are many questions without answers, and that hope doesn't leave with me, and above all, that my mission does not end with my physical story" were Soraya's last words to her fans and the media before her passing.