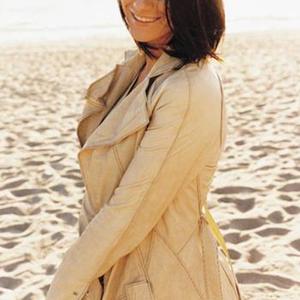 Laura Pausini is a five-time Grammy Award winning Italian singer, songwriter, and producer. She is the most famous and successful Italian artist worldwide. Pausini is famed for her soulful voice and her romantic ballads and love songs, although she has also dealt with other subjects such as poverty, war, and racism, among other social issues. She is fluent in several languages and has recorded in Italian, Spanish, Portuguese, English, and French. She has sold over 40 million album copies around the world.

Laura was born in Faenza (province of Ravenna, Italy) on May 16,1974 and was raised in Solarolo (Ravenna). She started to sing in local piano bars with her father when she was 8. In 1993, her career was launched when she won the prestigious Italian Sanremo Music Festival with one of her best known songs, "La Solitudine". The song also has an English version with lyrics written by Broadway composer Tim Rice.

In 1994, she released her first Spanish album, Laura Pausini, a compilation of adapted versions in this language from her first two Italian CDs, Laura Pausini and Laura. The album was very successful that made her a household name in the Hispanic and Latin world.

She released her first full album in English, From the Inside with Atlantic Records in 2002, working with producer Patrick Leonard, among others. Her first single "Surrender" peaked at #1 in Billboard Hot Dance Music/Club Play chart and fared well on the Dance Radio Airplay chart. The song, "Surrender" saw some limited exposure on the Adult Contemporary radio format. In an Australian release of the album, she has two versions of "Surrender" included - the original dance version, and a downtempo version called the "Toronto Chilled Mix".[3] Her second single "If That's Love" was also a #1 on the Hot Dance Music/Club Play chart. Unfortunately, the album did not obtain the success the label had hoped for, failing to sell more than 100,000 in the long run.

In 2004 she released Resta in ascolto. The Spanish version of this album, Escucha, awarded Pausini a Latin Grammy in 2005 and a Grammy in 2006. This made her the first Italian female to receive such honors. The song "V?veme" was featured as the theme music to La Madrastra, a popular Mexican telenovela, in which she had a memorable cameo appearance.

About her album Io canto (Spanish Yo canto) she has said: "I chose the music I listen to, in sad moments as well as in other, more special ones, those tunes that have taught me how to feel, how to love music beyond genres and styles."[4] On the 2nd of June 2007, Laura Pausini was the first female artist to play at the San Siro Stadium in Milan, Italy in front of a crowd of 70,000 spectators. Later that year the concert was released on CD and DVD and became very successful in Italy and Spain.

On the 8th of November 2007, Laura won a Latin Grammy Award for the best female album with 'Yo Canto', the Spanish version of the album 'Io Canto'. Laura dedicated the award to the memory of Italian legend Luciano Pavarotti. Later on during the show she sang songs from her album 'Yo Canto' alongside Italian singer Andrea Bocelli.


Her lastest album "Primavera In Anticipo" ( "Primavera Anticipada", spanish version) has been a totally success in her country Italy. The album remained on the top of album charts for 9 weeks straight selling more than 500.000 copies only in Italy , and it's still on the top selling albums after 7 months. Around the world Pausini's single, "En Cambio No"( "Invece No" in Italian) climbed to the top of severals Latin-American countries like Mexico and Panama. Her duet with James Blunt, which is album's second single, became a smash-hit in many European countries including Germany, Spain and Austria.