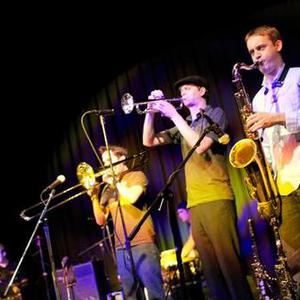 Snarky Puppy was formed in 2004 by bassist and primary composer Michael League. Snarky Puppy was signed by SiTMoM Records in fall of 2005, and subsequently recorded and released their first studio record, "The Only Constant", in winter of 2006. The CD has met critical acclaim from the industry's top musicians and representatives, and has created a serious buzz among musicians and non-musicians alike.