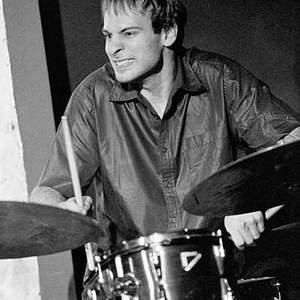 In East Coast jazz circles, Philadelphia native Ari Hoenig has a reputation for being a flexible, broad-minded jazz drummer who is open to a variety of musical situations ? some very straight-ahead and accessible, some of them more cerebral and abstract. Some of his recognizable traits include his tendency to tune his drums in a chromatic C scale, enabling him to solo using actual notes and scales. His rhythmic patterns are also unique, usually coined as being extremely "melodic".

Hoenig is best known for simply innovating in ways to modify the sound of his drums by using both drum sticks and other parts of his body (such as his hands and elbows).

In the early 2000s, Hoenig began leading his own quartet which employed Jean-Michele Pilc on piano, Jacques Schwarz-Bart on tenor sax, and Matt Penman on bass. Hoenig's first album, Time Travels, was released on the 1K label in 2000, and his sophomore outing, The Life of a Day, came out on Ah HA Records in 2002. But The Painter, which was recorded in 2003 and released on the Smalls label in early 2004, marked the first time that Hoenig (who turned 30 in 2003) used his working quartet on one of his albums; he was unaccompanied on his two previous releases. Hoenig now performs mostly with his trio, which consists of everybody from the quartet, save Schwarz-Bart. He performs internationally with other groups, but the majority of his performances tend to be in the New England area, especially in the Village area of New York City, with his band.

The Pauper & The Magician