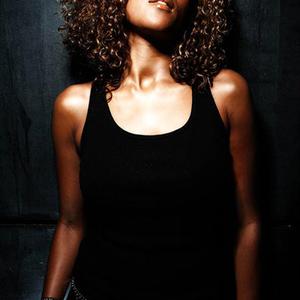 Smokin Jo DJ/ Producer: Jo began musical career in 1990 when, noticing a lack of female Djs on the dance music scene she bought her own set of decks and started mixing herself. After continued practice, and receiving positive feedback from her mixtapes, she embarked on a musical journey that has taken her to the four corners of the globe. Her cutting edge style and impeccable taste in music has made sure that Jo is always classed amongst the top name DJs. She is still the only female DJ to have won DJ Magazine's prestigious DJ of the Year award.

Smokin Jo's talent behind the decks and fearless risk taking in her mixing has made sure her DJing CV contains most major clubs throughout the world. Womb in Tokyo, Panorama Bar in Berlin, Made/ Warung in Brazil, Cavo Paradiso in Mykonos, Crobar in New York, Space in Ibiza & Miami, Vinyl in New York, Zouk in Singapore, Fabric in London and Cocoon in Frankfurt to name a few. She is now one of the residents for We Love.. Sundays at Space in Ibiza. Jo has played most styles of music over the years from Soulful Deep House through to Tribal, but it's Deep & Tech House, Minimal and Techno that now race through her sets. Her shows never fail to impress, containing new and exciting material at every turn. Jo's productions are few and far between due to her demanding DJ schedule but Jo is now taking the time out to make more tracks. Her production, State of Mind, was championed on Radio 1 and released on Distrakt Records. Other releases include Yanu, The Psycho Bitch EP and collaboration with Peter Heller, Fishbone Sleepers. Not only is Jo a DJ/Producer but she has also graced many of the fashion worlds top magazines including Glamour, Esquire, Cosmopolitan and FHM as well as all the music magazines. She has also been featured in reputable publications such as The Sunday Times, The Telegraph Magazine and The Independent . At the moment Jo is working on various tracks with her production partner Pete Gleadall under the name Transistor spelt TRNSSTR .Viva have signed tracks by the pair the first ?Sausage Dog? was released in April 08 with remixes by Plasmik and David Squillace. The next release "As You Like It" is set for release on Juy 10th .TRNSSTR plan to go live with Pete on laptop and keyboards and Jo on decks, effects and vocals.