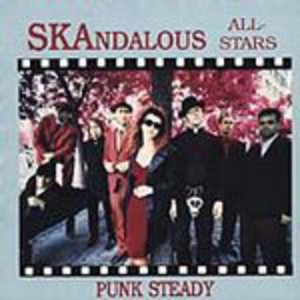 A late 1990's New York City based loose aggregation of Ska musicians, including members of The Slackers, Mephiskapheles, the Stubborn All-Stars, Ruder Than You, Agent 99, the Cycle Sluts From Hell, and The Klezmatics. The group performed some originals on their 1999 album The Age of Insects but were better known for earlier amusing covers of non-ska type music including songs by Kiss, Blondie, White Zombie and The Breeders as heard on their first two albums Hit Me (1997) and Punk Steady (1998).