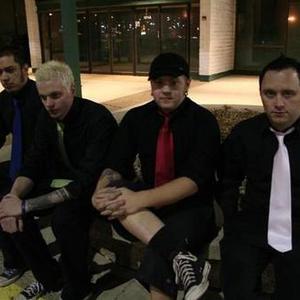 Showoff was a pop punk band from Chicago, Illinois led by vocalist (and auxiliary guitarist) Chris Envy. Showoff was formed in 1997 in Villa Park, Illinois. In the beginning the idea was to start a 50s style rock 'n roll group. The band consisted of Chris Envy (a.k.a. Chris Messer) (vocals/guitar), Daniel Castady (drums), Graham Jordan (guitar), and Dave Envy (a.k.a. Dave Hyde) (bass). Very early on they needed a P.A.

Showoff was formed in 1997 in Villa Park, Illinois. In the beginning the idea was to start a 50s style rock 'n roll group. The band consisted of Chris Envy (a.k.a. Chris Messer) (vocals/guitar), Daniel Castady (drums), Graham Jordan (guitar), and Dave Envy (a.k.a. Dave Hyde) (bass).

Very early on they needed a P.A. for practice, and Dan looked up old friend and ex band mate Dave Hyde, knowing he had one. When Dan and Chris went to pick up the P.A., Dave and Chris hit it off instantly. They invited Dave to see them practice. A few days later Dave watched them practice in Graham's garage. He was impressed with what he heard, but felt there was a weak link in thier bass player. Dave was forward about this and offered his services as a bass player. A few days later Dave was the newest member of Showoff. Him and Chris became inseperable and Dave took on the name Envy to show his brotherhood with Chris. Within the first 10 days of Dave Envy joining the group, they recorded their first album, "Around The Corner...Fudge Is Made", an ode to The Mr. T Experience album "Milk, Milk, Lemonade."

When you look at the history of these members, you could easily say that Showoff was a local super group. Chris fronted the band AYA, who had a very sucessfull run in the Chicagoland area. Dan and Dave spent a few years together in the hardcore band Those Naked Guys. During that same time Graham was in a hardcore band called A.P.B. After their bands broke up, Dan and Graham would go on to be a part of the band The Brockmeyers. Dave was also a member of The Brockmeyers for two days. Dave also played in the band Racecar with Jeff Prescott who before that was in 30 Seconds Deep. Dave would also form the short lived Spoiled Brat right before joining Showoff. There are a lot of other bands they all took part in before coming together before Showoff. Needless to say, when Showoff hit the ground, they did so running.

"Around The Corner" did very well on a local level. Showoff would play every chance they had, and had built a very strong following fast. They were given the chance to open for the band Goldfinger, where they would give "Around The Corner" to John Feldman. Showoff would leave for a small tour with Pezz and while in Tennesse, got a phone call from Fledman, asking them to come out and finish the Goldfinger tour. This would prove to be a defining moment in Showoff history.

John Feldman would go on to produce and record Showoff in his home in L.A. while helping them shop the demos for a record deal. Eventually in 1998 they would sign with Maverick Records while it was owned by Madonna. On July 13th, 1999 Showoff would release their debut, self titled album with Maverick. They spent more time touring than anything. A lot of the time with Feldman's Goldfinger.
They would also add guitar player, old friend, and guitar tech, Magoo to the mix and Chris was free to sing.

By late 2000, the band was in the studio working on their second record for Maverick. This time with produced Mark Trombino. Before recording started, Graham had left the band and was replaced by Kyle Lewis. The band had a rough year and was seemingly coming apart. They tried to put this energy into the new recordings. By the time the record was about done, Dave had finally threw in the towel. A short time later, Showoff would cut ties with Maverick Records and their management as well. The band added Nate Envy in place of Dave and tried to find a new home for their record while touring. By late 2001 the band would finally call it quits.

Showoff disbanded circa 2002, following a change in ownership of the label from Madonna to Fredrick DeMann. This restructuring, along with increasing friction within the group, led to the dissolution of the band without any indication of reforming. They left an unreleased album with producer Mark Trombino.

Chris and Nate are now in the band The Get Go and also features members of Mest and Allister (whom Kyle was a member of after Showoff). Graham went to college and continues to perform music localy. Daniel is now in The Fold. Dave has multiple independent projects, the most recent being Jesus Fucking Christ and the God Damn Its. Dave is also currently running Riotous Records, a small record label, with his wife.

Waiting for You (2 Bonus Songs)