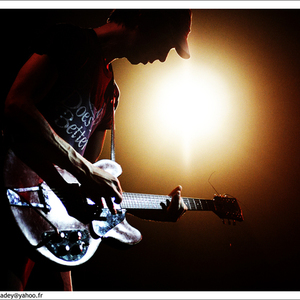 Shipping News began in the Fall of 1996 when Jeff Mueller and Jason Noble wrote and recorded music for the NPR program "This American Life". They had previously worked together in the seminal post-hardcore band Rodan, based in Louisville, Kentucky. When Rodan split up in 1995, Jeff Mueller went on to play in June of 44 whilst Jason Noble formed the chamber ensemble Rachel's. Like Rodan, both of these bands have garnered critical acclaim in many lands.

In Spring of 1997, Kyle Crabtree began collaborating with them. The recording project became a full band, its voice dropped, legs got hairy and started reading Henry Miller. They recorded their first album, Save Everything, in a shotgun house in Louisville and then finished in Chicago with Bob Weston on deck. Released in September of 1997, it was met with much enthusiasm and occasional disgust. A split EP with the band Metroschifter soon followed in May of 1998. In Autumn of 1998 they traveled to Catania, Sicily to participate in the Mappe Arts Festival....playing outside in a harbour at night, history gushing out with dust and sound, looking around amazed at how music travels, amazed at everything....

For the next two and a half years, Jeff Kyle and Jason set about writing their next album, Very Soon, And In Pleasant Company. Then, in Spring of 2000 they set up shop in an old dairy warehouse in Louisville (Lucky Anchor Studios) to document the new songs. Kyle, Jeff, Jason and long time friend and collaborator Christina Files, did the final mixes in Boston at Sonics Studios just as a fleet of 122 Tall Ships entered the harbour just after the Fourth of July holiday. The band followed this up with several tours of the US and Europe, culminating in an appearance at the Shellac curated All Tomorrows Parties in 2002.

During this time the band individually recorded three EPs. These EPs were treated almost as solo projects with no discussion taking place between the members of the band as to what they were doing. The EPs were given very limited releases over the course of a 12 months on Quarter Stick records. They were then brought together, along with a couple of unreleased tracks, as an album Three-Four to be released (also on Quarter Stick) in February 2003. The band will be touring across Europe around the time of the release.

Shipping News appropriated their name from the acclaimed novel 'The Shipping News' by E.Annie Proulx.

One Less Heartless To Fear

Very Soon, And In Pleasant Company