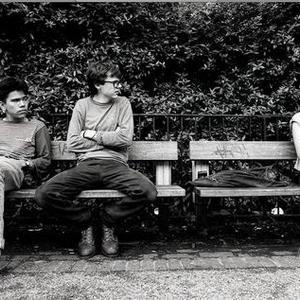 Slint was a band consisting of Brian McMahan (guitar and vocals), David Pajo (guitar), Britt Walford (drums), Todd Brashear (bass on Spiderland) and Ethan Buckler (bass on Tweez). They formed in Louisville, Kentucky, United States in 1986. Though they disbanded circa 1991, they are considered to be a major influence on the post-hardcore, math rock, and post-rock scenes. Slint's first album Tweez was recorded by legendary engineer Steve Albini in 1987 and released in obscurity on the Jennifer Hartman Records label in 1989.

Slint's first album Tweez was recorded by legendary engineer Steve Albini in 1987 and released in obscurity on the Jennifer Hartman Records label in 1989. It was followed two years later by the critically acclaimed Spiderland, released on the legendary independent label Touch and Go Records. Considered a seminal work, Spiderland is an album characterised by its dark, syncopated rhythms, sparse guitar lines and haunting subject matters. The record's impact was such that, according to some, it helped to usher in a new wave of bands seeking a move away from the unfettered aggression of hardcore punk but not its underlying ethic. The cover of Spiderland is from a series of photos of the band taken by the Louisville singer-musician Will Oldham. Spiderland culminates in the baleful "Good Morning, Captain", perhaps their most recognised track (it would later feature on the soundtrack to the Larry Clark film Kids, though not in the film itself). Touch & Go reissued Tweez in 1993. Finally, in 1994 a brief untitled EP was released posthumously. This two song record was actually recorded in 1989 and was originally intended to be released as a 12" single on Jennifer Hartman Records. Original copies of the Tweez LP included a flyer advertisement for the 12" as an insert. However, Slint signed to Touch & Go before it was sent to press and the master tapes were shelved.

Members of Slint have since appeared in a number of bands. Former guitarist David Pajo currently performs under the moniker Papa M and also plays bass for the NYC street metal band Early Man. Pajo was also a member of Tortoise, Palace, and the short-lived Billy Corgan-fronted rock band Zwan before their breakup in 2003. Guitarist Brian McMahan formed The For Carnation in 1994 and also played with Palace. Britt Walford played drums in Evergreen, and for The Breeders under the pseudonym Shannon Doughton on the album Pod and as Mike Hunt on the Safari EP. Ethan Buckler plays in King Kong (the original line up of Slint makes up King Kong on the 1989 7" "Movie Star").

Nearly fifteen years after disbanding, three members of Slint ? Brian McMahan, David Pajo, and Britt Walford ? reunited to curate the 2005 All Tomorrow's Parties (ATP) music festival in Camber Sands, England. Also in 2005, Slint played a number of shows in the U.S. and in Europe. Though they insisted the reunion was short-term, the band regrouped once again in 2007 to perform Spiderland in its entirety in Barcelona as part of the Primavera Sound Festival, in London as part of the ATP Don't Look Back series of shows, as well as at a handful of dates in Europe, the U.S. (at Chicago's Pitchfork Music Festival, the Showbox in Seattle, and the Henry Fonda Theatre in Hollywood), and Canada in 2007.