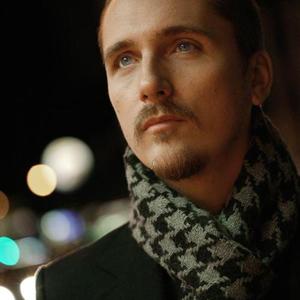 The vocals and songwriting on Stargazer convey a real sense of honesty. On "Spaces In Between", the album's opening track, Shane muses that "little spaces in between I find, are all that's left of all my time, trying to make each moment last". "The Moore Hotel" is a beautiful and melancholy song written while fighting insomnia in a lonely Seattle hotel room; it brings images of lonely walks and sleepless nights to life. "Front Porch Serenade", the album's closer, is a classic love song recorded live with only acoustic guitar, piano and heartfelt vocals that leaves the listener with a lump in their throat.

Formerly the front man for the rock band Damone, Alexander took the solo path immediately following Damone's 2003 disbanding. Soon after, Shane released his self-produced, self-titled EP, featuring simple acoustic and vocal production with dark strings and mandolin. Born in San Diego and raised in Maryland and Pennsylvania, Shane Alexander has forged a sound with firm rock roots, folk imagery, and intimate vocals that range from quiet whispers to soaring emotional phrases that take the listener on an evocative journey. Shane credits a lot of his musical ability to his non-musical father.

"My Dad had an amazing record collection when I was growing up, and I really feel it was hearing such a wide array of great music that led me to my point of revelation that I was going to be a musician. I taught myself to play by jamming along with records and in doing so developed a strong sense of melody and the ability to improvise. It was a tumultuous time at home - my folks separated when I was young and my Dad remarried a few times. Nothing like family drama to make you want to hide in your room and play guitar."

2005 was a marquee year for Alexander, as he toured in the States and Europe, including opening slots with Jewel, John Hiatt and Peter Case. He also secured a distribution deal in Amsterdam with Lucky Dice Music. "The Open Road", the lead single from The Middle Way, received national airplay on numerous stations across Holland (while also becoming a most-requested track on XM Radio in the US.) The Dutch tour that followed quickly earned Shane a reputation as a must-see artist, as word of his solo acoustic performances spread.

In 2006, Alexander was asked to open two tours with Jewel and one with Lisa Marie Presley ? armed only with an acoustic guitar, he won over thousands of new fans night after night.

In May of 2007, Shane played the biggest shows of his career when he opened twelve U.S. dates for SEAL. All of the dates were performed solo acoustic with the exception of Cox Arena in San Diego, where he performed with his band.

Many of the songs from Stargazer have already been licensed for television, including shows on MTV, CBS, ABC, ABC Family, FOX, and Nickelodeon.
Shane Alexander will continue touring the U.S. and abroad throughout 2007.