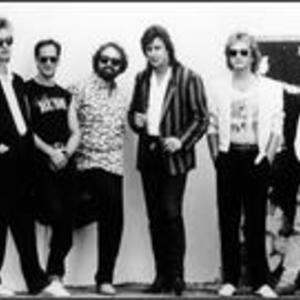 Shadowfax was formed in Chicago in 1972 by saxophonist Chuck Greenberg (also the most prominent proponent of the Lyricon analog wind synth), guitarist G.E. Stinson, and bassist Phil Maggini. In 1974 they were joined by drummer/percussionist Stu Nevitt. Though they all came from blues backgrounds, the group began to delve into other genres, including even some medieval music very fitting to their name, which comes from a horse in Tolkien's Lord of the Rings.

Their debut album, Watercourse Way, came out in 1976 (re-released in 1985), combined electric jazz fusion, progressive rock, and world music. Subsequent albums moved away from rock influences to a smoother world jazz style with Shadowfax (1982), Shadowdance (1983), The Dreams of Children (1984), Too Far to Whisper (1986), Folksongs for a Nuclear Village (1988), The Odd Get Even (1990), Esperanto (1992), and Magic Theater (1994). The group released Live in 1995, shortly before founding member Chuck Greenberg died of a heart attack, causing the group to disband.

2008 UPDATE:
We're saddened by the loss of our friend and Shadowfax band mate, drummer Stu Nevitt.
Rest in peace my brother.
1953-2008
...Stuart Nevitt, co-founder, composer, and drummer/percussionist of the eclectic band Shadowfax, has died at the age of 56. Stuart "Sticks" Nevitt died on Mar. 15 at his home in Rio Rancho, NM, of complications from type 1 diabetes and heart disease...
more at:
http://www.allaboutjazz.com/php/news.php?id=17683
http://www.stunevitt.com

The Odd Get Even

Folksongs For A Nuclear Village (Reissued 1990)

Too Far To Whisper (Vinyl)

The Dreams Of Children (Vinyl)