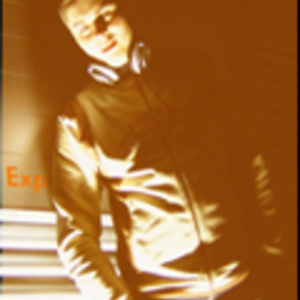 Nightnoise began as a collaboration between American fiddler Billy Oskay, and Irish singer/guitarist M&iacute;che&aacute;l &Oacute; Domhnaill. Together, they released the album "Nightnoise" in 1984. Three years later, M?che?l's sister, Irish pianist/vocalist Tr&iacute;ona N&iacute; Dhomhnaill, who had previously collaborated with her brother in Skara Brae, Relativity, and The Bothy Band; and Irish-American flutist Brian Dunning joined the original duo. Nightnoise, the band, was born.

The quartet's first album was "Something of Time", released by Windham Hill in 1987. It would be followed by "At the End of the Evening" (1988), "The Parting Tide" (1990), and the compilation "A Windham Hill Retrospective" (1992). This would be the last album to feature Oskay's playing and writing, as he chose to leave the band.

Following Oskay's departure, Scottish fiddler Johnny Cunningham, a former member of Silly Wizard who had played with Triona and M?che?l in the band Relativity, took over Oskay's duties. The band took on a much more Irish-centric sound, while still retaining their own signature style. The revamped Nightnoise went on to release the albums "Shadow of Time" (1994), "A Different Shore" (1995), and the fan-favorite "The White Horse Sessions" (1997), an album featuring live concert performances mixed in with in-studio live performances, with their Windham Hill colleagues as their audience. The album also featured original material only available in this live format (the songs "Heartwood", "Do We", and "Murdo of the Moon"), as well as a cover of Van Morrison's classic "Moondance". "Sessions" marked the end of the band's contractual obligations to Windham Hill, and they decided to relocate to Ireland, going on hiatus while they each focused on their own projects.

1997's "Sessions" was to be the last Nightnoise album. Cunningham left the band following its release, and was replaced by Irish fiddler John Fitzpatrick. In a 1999 interview, M?che?l ? Domhnaill stated that Nightnoise had not broken up, and that the band would be getting together again shortly. The band did indeed record new material (both original compositions and covers of classic songs), but they were all made for albums others than their own. Nightnoise officially disbanded towards the end of 2003.

At The End Of The Evening