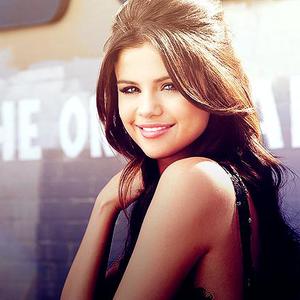 Selena Gomez & the Scene is an American pop band, from Hollywood, California, United States, that formed in 2008. The band consists of Selena Gomez on lead vocals, Ethan Roberts on guitar, Joey Clement on bass, Greg Garman on drums, and Dane Forrest on keyboards. The band name is an "ironic jab" at the people who called the frontwoman "wannabe scene." Shortly after releasing their debut single "Falling Down," keyboardist Nick Foxer was replaced by Dane Forrest.

Shortly after releasing their debut single "Falling Down," keyboardist Nick Foxer was replaced by Dane Forrest. Foxer was reportedly busy with his marriage. On September 29, 2009, Selena & The Scene's debut album Kiss & Tell was officially released, and on March 5, 2010, the album was certified Gold by the RIAA for sales of 500,000 in the USA. On December 11, 2009, the album's second single "Naturally" was released and has since then has been certified Platinum by the CRIA.

The Who Says Songfacts reports that the band's third album, When the Sun Goes Down, was released in the US on June 28, 2011. The album's lead single, "Who Says," was was debuted on the March 10, 2011 On Air with Ryan Seacrest show on 102.7 KIIS FM. The digital single was made available four days later on March 14th.

They are currently signed to Hollywood Records

When The Sun Goes Down (Special Target Store Edition)

Live at The Cramercy Theatre

A Year Without Rain

A Year Without Rain (Deluxe Edition)

Tell Me Something I Don't Know (CDS)