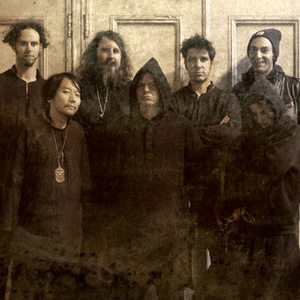 Secret Chiefs 3 were founded by guitar and saz player Trey Spruance and are based out of the San Francisco Bay Area. Their music styles vary throughout their albums with their performance of surf rock, Persian, death metal, and other various styles - the only thing unifying the diverse range of styles they play is how precisely and accurately they play them. Some of the members were also key members of Mr. Bungle.

Some of the members were also key members of Mr. Bungle. Trey Spruance is responsible for much of the compositional work for Mr Bungle and SC3, and also appeared on Faith No More album "King For A Day". While there is an obvious connection between the two bands in terms of personnel it should be noted that the formation of SC3 preceded the demise of Mr Bungle and that SC3's music and philosophy diverges substantially from Trey's Mr Bungle output. It would be a long list that included every release associated with the members of SC3. The Spruance/Dunn/Heifetz universe is non-linear and Mr Bungle a mere blip in the sea of ever deepening noise to which they contribute.

The six sub-bands are:
-Ishraqiyun
-FORMS
-Traditionalists
-The Electromagnetic Azoth
-UR
-Holy Vehm

Book Of Souls: Folio A

Path Of Most Resistance