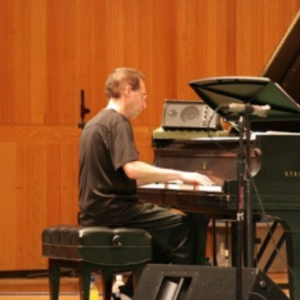 A prolific recording artist, his projects as a leader number over 50, the most recent are: Intuition, a duo with saxophonist Jerry Bergonzi (SteepleChase), and Epiphany, a collection of Laverne's newest compositions (ClaveBop).

LaVerne is also a prominent jazz educator, having released a series of instructional videos, Guide to Modern Jazz Piano, Vols. 1 &, 2, and Jazz Piano Standards (Homespun Tapes), featuring the Yamaha Disklavier, as well as the video, In Concert (Homespun Tapes), with guitarist John Abercrombie. He is the author of Handbook of Chord Substitutions, Tons of Runs (Ekay), Bill Evans Compositions 19 Solo Piano Arrangements, and is the pianist on The Chick Corea Play-Along Collection (Hal Leonard). The Music Of Andy LaVerne (SteepleChase Publications) has recently been published. Forthcoming are Keyboard's Jazz Piano Compendium (BackBeat Books), and Jazz Bach, and Jazz Chopin (Mel Bay). Countdown To Giant Steps (Aebersold Jazz) is a two CD play-a-long with companion book, of which LaVerne served as player/producer/writer, and Tunes You Thought You Knew (Aebersold Jazz) is a LaVerne play-a-long CD/book set. Secret of the Andes, a collection of LaVerne originals, is published by Aebersold Jazz.

Laverne is a frequent contributor (since 1986) to Keyboard Magazine, and Piano Today Magazine. His articles have also appeared in Down Beat, Jazz Improv, Piano Quarterly, Jazz and Keyboard Workshop, and JazzOne.

Laverne is the recipient of five Jazz Fellowships from the National Endowment for the Arts, and winner of the 2000 John Lennon Songwriting contest for his tune Shania. He has appeared at concerts, festivals, and clubs throughout the world, and has also given clinics and Master classes at universities, colleges, and conservatories worldwide. Recently he has toured and recorded with legendary singer/songwriter Neil Sedaka. LaVerne is Professor of Jazz Piano at The Hartt School (University of Hartford), and on the faculty of the Aebersold Summer Jazz Workshops.