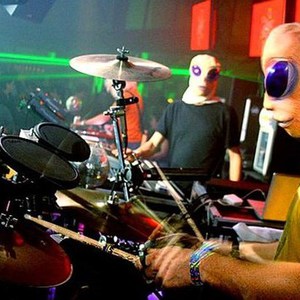 In 1992, the three Hamburg, Germany-based heavy metal musicians, Marco Menichelli (bass-guitar), Hi-Man Mccoy (drums) and Matthias Rumoeller (guitar) decided to spend their holidays in Goa, India. Not knowing about psychedelic trance, they found themselves on parties beyond all their expectations. Before that they never expected to produce computer-based music themselves, but 3 years later it happened: Atari computers and a few synthensizers were bought and from that moment, the three guys produced rocky psychedelic trance tracks all day and night.

In 1996, right after they decided to call their act "S.U.N. Project", Antaro, the master of Spirit Zone Records listened to a few of those tracks. He liked them because they sounded different to most other trance tracks in that time. So he offered S.U.N. Project to release his favourite tracks on a first 12 inch. After this the three guys started to make very successful live performances, which you better call rock-trance-shows, because of the electric guitars and drums. S.U.N. Project has played on some of the biggest and most important trance events in Japan, USA, Israel, Portugal, Hungary, England, France, Switzerland, Greece, Brasil, Denmark, Sweden...

Many people ask us the meaning of S.U.N. For people who don't like us it means S.tupid U.nrespectable N.oise. For the rest it just means SUN which is something that everybody likes. It's something positive. To be honest, the dots between the letters are only to make people wonder about the meaning of the name... and it seems to work! If this should be too trivial for you... sorry!