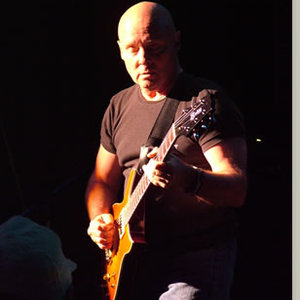 Guitarist Ronnie Montrose began his career as a backing musician, playing with Van Morrison, Boz Scaggs, and Edgar Winter. He finally formed his own band in 1973. Named after the guitarist, Montrose also featured vocalist Sammy Hagar, bassist Bill Church, and drummer Denny Carmassi; they released their debut album in 1974, and Church was replaced by Alan Fitzgerald shortly after its release. Released the following year, Paper Money confirmed the band's status as one of the more popular hard rock acts of their era.

However, Hagar was fired after completing the Paper Money tour. Bob James replaced him and keyboardist Jim Alcivar joined the band, yet Montrose's next two albums - 1975's Warner Brothers Presents Montrose and 1976's Jump on It - were commercial failures.

Ronnie Montrose broke up the band after the release of Jump on It and began his own solo career with the all-instrumental Open Fire (1978). Montrose then formed another hard rock group, Gamma. Gamma recorded three albums between 1979 and 1982. After they broke up in 1982, Montrose began his solo career again. Alternating between hard rock and jazz-rock, he has released six albums since.

Roll Over And Play Live!