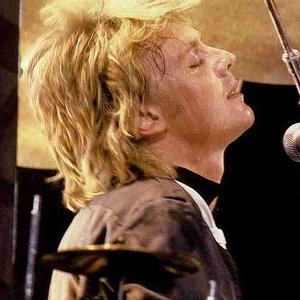 Roger Meddows Taylor was born on 26th July 1949 in King's Lynn, Norfolk, England is best known for being the drummer in famous rock group, Queen. He was the first member of Queen to launch a solo career, although it was not widely successful. He has released four albums; Fun In Space (1981), Strange Frontier (1984), Happiness? (1994) and Electric Fire (1998). A fifth album, The Unblinking Eye (Everything Is Broken), is slated for release in 2011.

Before Queen, Taylor founded Smile with Brian May. Smile released one album in Japan which is now available throughout the world as Ghost of a Smile. Smile wrote a few of the songs which would later appear on Queen's self-titled debut album, and one - Doin' Alright was featured on the Smile album.

Taylor also fronted another band, The Cross from 1987 to 1991. The first album, Shove it (1988) was a solo album by Taylor in all but name - he wrote all the songs and played most of the instruments himself. This was an experiment that didn't really work for Taylor and in the other two albums by The Cross he allowed the other members of the band to contribute more, resulting in more traditionally styled rock albums.

Out of the four original members of Queen Taylor and guitarist Brian May continued to play as Queen + Paul Rodgers between 2004 and 2008. Of the other original members singer Freddie Mercury tragically died in 1991 and bassist John Deacon retired from music business in the mid-1990's.

In 2009, after the partnership between him, Brian and Paul ended, Roger worked on some new solo material from which his single The Unblinking Eye (Everything is Broken) was digitally released at 23th November at Queenonline.com. At the moment it is unclear how the future of Queen will look like, though Roger has announced that he will do a short tour in the spring of 2010.