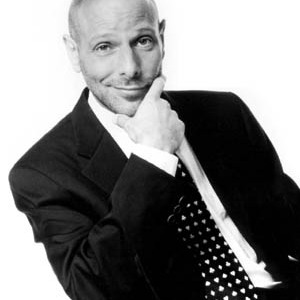 Robert George "Bob" Schimmel (January 16, 1950 ? September 3, 2010) was an American stand-up comedian whose material was often X-rated and controversial. He was perhaps best known for his comedy albums and his appearances on HBO and The Howard Stern Show. Schimmel is number 76 on the 2004 program Comedy Central Presents: 100 Greatest Stand-Ups Of All Time. Early Life and Career Schimmel was born in the Bronx, New York City, the son of Betty and Otto Schimmel, Jewish survivors of the Holocaust.

Schimmel was born in the Bronx, New York City, the son of Betty and Otto Schimmel, Jewish survivors of the Holocaust. He was voted class clown during high school and was in the United States Air Force for one year during the Vietnam War. A resident of Scottsdale, Arizona, his career began when, at the urging of his sister, he performed at a comedy club's open-mic night. A club owner in Los Angeles offered to make him a regular, but when Schimmel moved there he found that the club had burned down.

Undaunted, and with some help from Rodney Dangerfield, who invited him to perform on his HBO Young Comedians Special, Schimmel began making a name for himself. He wrote material for In Living Color and for comedians such as Yakov Smirnoff and Jimmie Walker.

Schimmel married his first wife, Vicki, in 1977, and they had four children together. Their son Derek died from cancer at the age of 11. Schimmel later divorced and remarried, having two sons with his second wife, Melissa.

Schimmel cited Lenny Bruce as his all-time comedy hero. Schimmel incorporated many aspects of his personal life into his act, even his cancer and the death of his son. In one signature bit, Schimmel joked about making obscene suggestions to a lady from the Make-a-Wish Foundation. His act was described as raunchy and sexually explicit, which he claimed as the reason he never appeared on network television. He said his inappropriate comments on Late Night with Conan O'Brien and The Hollywood Squares got him disinvited, though he later returned to O'Brien's program. However, his edgy style made him a hit on The Howard Stern Show.

In 1998, Schimmel suffered a heart attack. In June 2000, he was diagnosed with non-Hodgkin lymphoma. His treatments included chemotherapy and required long stays in the hospital. Schimmel's cancer went into remission, resulting in his decision to return to his wife Vicki, from whom he had been separated. Schimmel reunited with his soon-to-be second wife, Melissa, to whom he had been previously introduced by his daughter, Jessica, which led to the conception of their child. Schimmel divorced Vicki and married Melissa shortly thereafter.

Schimmel was arrested in Calabasas, California on May 2, 2009 as a result of an alleged confrontation between himself and his wife Melissa. The district attorney eventually declined to press charges, citing insufficient evidence. On May 8, 2009, Melissa Schimmel filed for divorce, citing irreconcilable differences.

During an interview on The Howard Stern Show on January 28, 2010, Schimmel announced that he contracted cirrhosis as a result of a hepatitis C infection from a blood transfusion that he received while in the Air Force. His cirrhosis had progressed to the point that he was working to be added to the waiting list for a donated liver.

On August 26, 2010, Schimmel was a passenger in a car driven by his 19-year-old daughter, Aliyah, when the car flipped onto its side before coming to a stop in the shoulder of the Loop 101 freeway in Scottsdale. Schimmel was hospitalized in serious condition, while Aliyah was hospitalized in stable condition. Schimmel's son Jacob, also in the car at the time, was not injured.

On September 3, 2010, Schimmel died of his injuries. He is interred at the Paradise Memorial Gardens in Scottsdale, Arizona.

Cancer on Five Dollars a Day* (*chemo not included): How Humor Got Me Through the Toughest Journey of My Life. Da Capo Press, 2008

If You Buy This Cd, I Can Get This Car